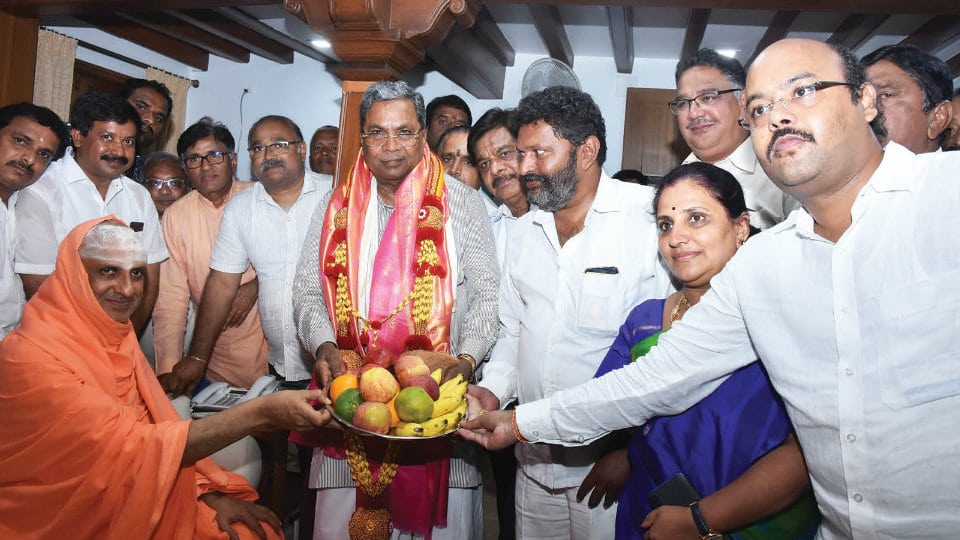 ‘BJP Government has no will power to implement caste census report’

Mysuru:  Alleging that the BJP Government has no will power to implement the caste census report,     Opposition Leader and former Chief Minister Siddharamaiah has maintained that the non-implementation of the report  will render injustice to SC/ST Communities, Backward Classes and other marginalised communities.

Speaking to press persons here yesterday, Siddharamaiah said that former Backward Classes Commission Chairman Kantharaju presented a report to the Government based on the census carried out by the Commission a couple of years ago. But the ruling BJP seems to be disinterested in implementing the report for reasons best known to the current Government.

Pointing out that the Commission had made several significant recommendations that were going to benefit the Backward Classes, Scheduled Communities and other marginalised castes, he urged the Government to implement the report in the better interests of   Backward Communities.

Replying to a question on whether he will become the CM again, he said that he will occupy the CM’s chair once again if the people bless him.

Pointing out that there was nothing wrong in that, Siddharamaiah, in a lighter vein, remarked that he will sit at home if he failed to get the blessings of the electorate. Accusing the Centre of announcing only a little relief to flood victims of the State, he alleged that the State Government had failed miserably in handling the flood situation.

Will stay in Kaveri Bungalow: Siddharamaiah paid visit to Suttur Mutt on Sunday and sought the blessings of Sri Shivarathri Deshikendra  Swamiji.

Stating that he would write a letter to the Government in this regard, the Opposition Leader asserted that he was not aware of CM B.S. Yediyurappa’s demand for the same bungalow.On the removal of name board at Kaveri bungalow, he said that such an action was unwarranted as he would vacate the Bungalow if ordered by the Government.