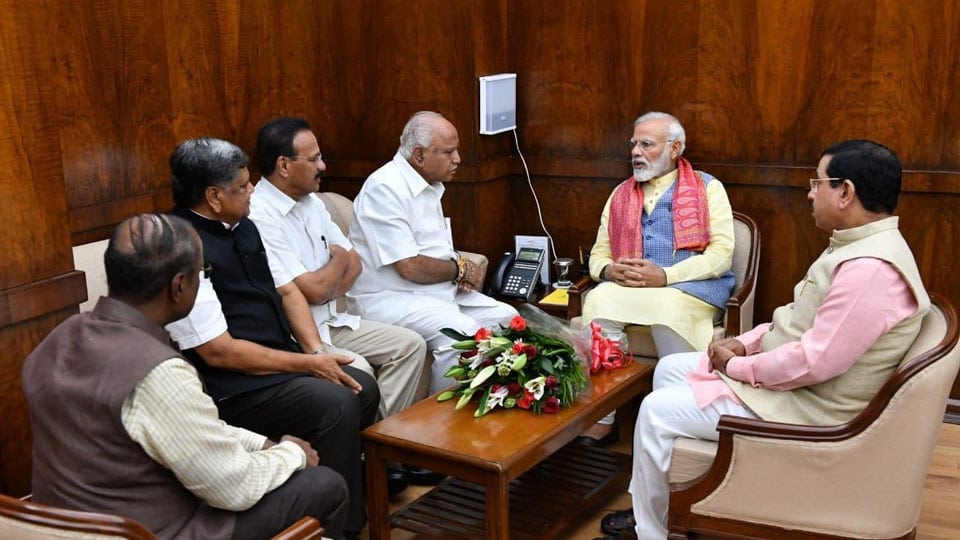 Bengaluru: In an effort to give good and able administration in Karnataka, the BJP High Command has taken complete responsibility on Karnataka Cabinet expansion.

Earlier, Chief Minister B.S. Yediyurappa had visited New Delhi along with a list of probable Ministers, but the list was rejected postponing the swearing-in ceremony to Aug.11 (Sunday). Now, it is said that Cabinet expansion will be held on Aug. 12 (Monday).

Though, BJP National Working President J.P. Nadda had given the green signal for the expansion, Union Home Minister and BJP National President Amit Shah had instructed CM Yediyurappa to concentrate on the flood situation in the State by personally visiting the flood-affected districts.

Later, CM Yediyurappa left for Belagavi and has been reviewing the flood affected districts of North Karnataka. Sources, said the Yediyurappa will be visiting Delhi tomorrow (Aug.10) to meet the party top brass and Amit Shah to finalise the list of his Cabinet.

The BJP High Command, in a effort to prevent MLAs from lobbying and exerting pressure for a Cabinet berth, has instructed the BJP MLAs of the flood affected districts to visit their respective Constituencies and carry out the relief works.