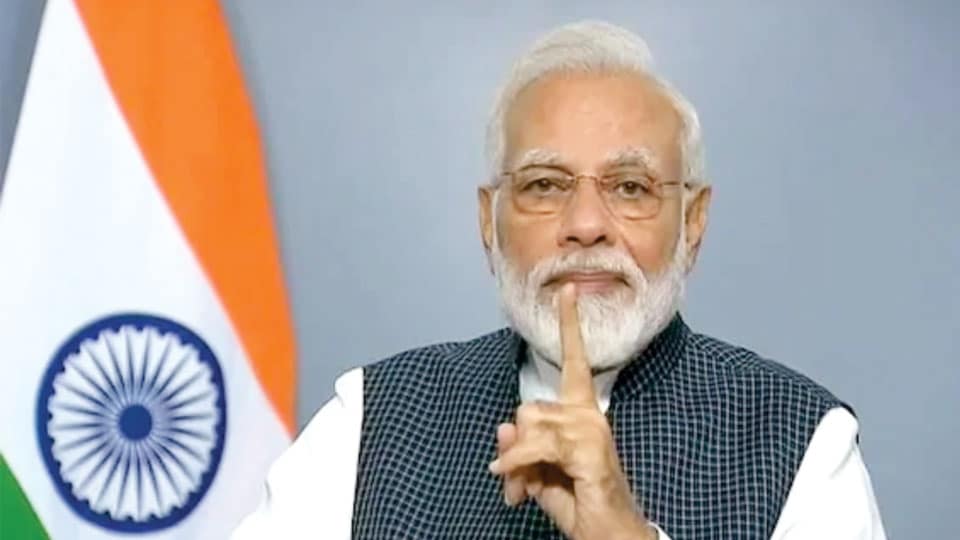 New Delhi: In his first address to the Nation yesterday lasting 40 minutes, after revocation of Article 370, Prime Minister Narendra Modi assured that restrictions in Jammu and Kashmir (J&K) would be relaxed soon.

Following the revoking of Article 370, the decision to put J&K under the governance of the Central Government had been taken after careful consideration, he said.

The PM pointed out that Article 370 was being used as a tool to spread terror and that it was time for all Indians to work together to make J&K a violence-free region.

Speaking at length on the issues of terrorism and corruption in the region, he promised industrial development which in turn would boost employment and make life better in the conflict-hit region of J&K.

Hailing the local population, the Prime Minister said that people of Jammu and Kashmir and Ladakh have always thwarted Pakistani designs to stoke fires of terrorism and separatism there.

He promised the  Central Government employees, including security forces  who would be posted to J&K that financial benefits like LTC (Leave Travel Concession), HRA (House Rent Allowance) would be extended.

Referring to the job scenario, the Prime Minister said that vacant posts in Jammu and Kashmir would be filled and this would benefit the youth of the region. This would be made possible by encouraging the Union Territory as well as private companies to create jobs for local youths.

He urged the film fraternity, including the film industries of Mumbai, Tamil and Telugu to make J&K a favourite destination for film shooting again.

Addressing the concerns of the people of the region, the PM stressed that once the situation returned to normal in J&K, it would be accorded Statehood again and the people could once again have their own elected representatives, Ministers and Assembly.