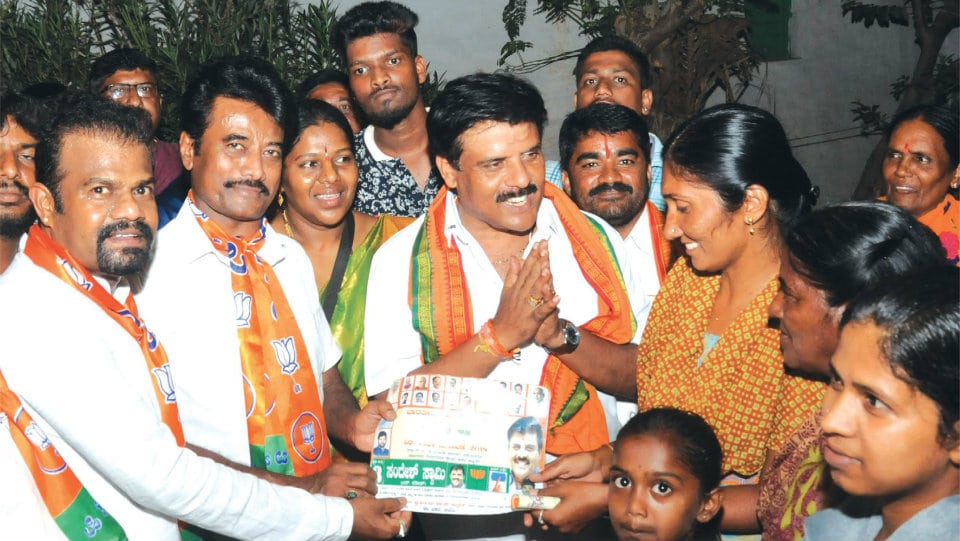 Mysuru: Questioning why dalits should vote for CM Siddharamaiah, when in fact he has cheated them by depriving a Dalit leader of becoming the Chief Minister, former IAS officer and BJP leader K. Shivaram has said that the time has come to uproot the Congress in the State.

Speaking to press persons during the course of his campaign for N.R. Constituency BJP candidate Sandesh Swamy at Gandhinagar yesterday, Shivaram alleged that the Congress has considered Dalits merely as a vote bank.

Accusing the Congress of giving little power to Dalit leaders, he ridiculed Siddharamaiah for declaring himself as the Chief Minister for the next five years also.

Wondering why the  Congress High Command was overlooking the claims of senior Dalit Congress leaders such as Mallikarjuna Kharge, Dr.G. Parameshwara and K.H. Muniyappa, Shivaram alleged that the Congress had cheated the Dalit leaders by not making one of them as Chief Minister.

Explaining why he had joined the BJP, he said that former Minister V. Sreenivasa Prasad was one of the tallest Dalit leaders of the State.

He further said that the Congress was making a big issue of this out of a non issue and added that the victory of the party candidate was certain.