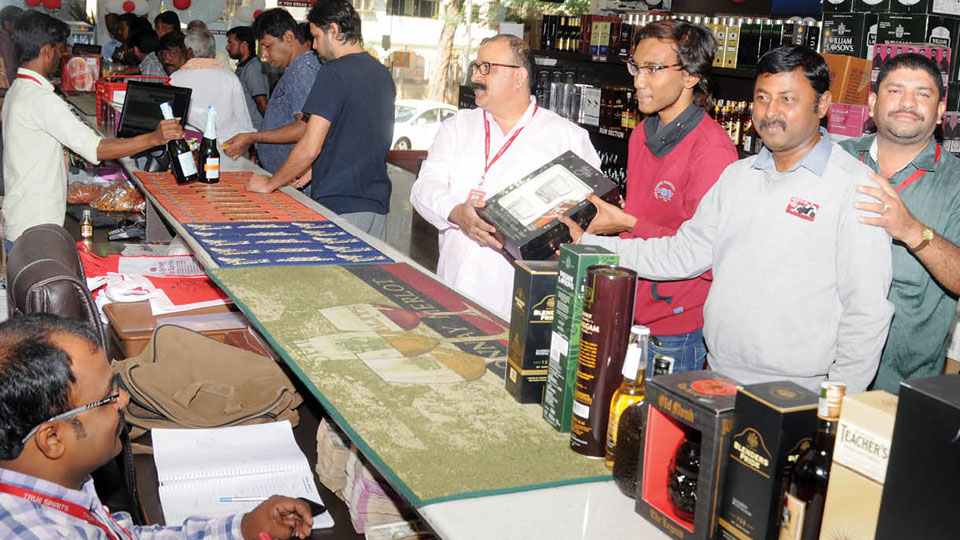 Mysuru:  To ensure free, fair and peaceful  polling, the District Administration has issued orders prohibiting sale and storage of liquor during elections. Accordingly, hotels that serve liquor, bars, clubs, liquor shops (that serve and sell liquor) and pubs across the district will go dry for more than three days — from 6 pm on May 10 till midnight on May 12, the day of voting, and from the midnight of May 14 till midnight on the day of counting on May 15.

The dry days have been announced following the directives of Election Commission as it has been bestowed with powers under Section 135 of the Representation of the People Act, 1951, read with Rule 69 of the Conduct of Election Rules, 1961.

The order from District Administration states that sale, consumption, procurement and storage of liquor, wine, arrack or any other intoxicant in any wholesale and retail outlet is prohibited. Accordingly, all liquor shops, bars, hotels, restaurants, taverns or any other place serving liquor within the jurisdiction of District and City will remain closed.

Police have said there is no restriction on consumption of alcohol at households provided one does not create nuisance at public places like roads. “Until any person does not come on streets and create nuisance, there is no problem. An individual can invite his friends and have a party at home. But the number of invitees matter, as poll code of conduct will be in place,” a senior Police official said.

“The purpose of prohibition of liquor sales is to prevent the chances of stocking of liquor. It may be used to woo voters and some others will consume alcohol and create nuisance. Even people know this and they purchase liquor before the prohibition comes into force. But those who try to create law and order problems will be dealt with an iron hand,” the official added.