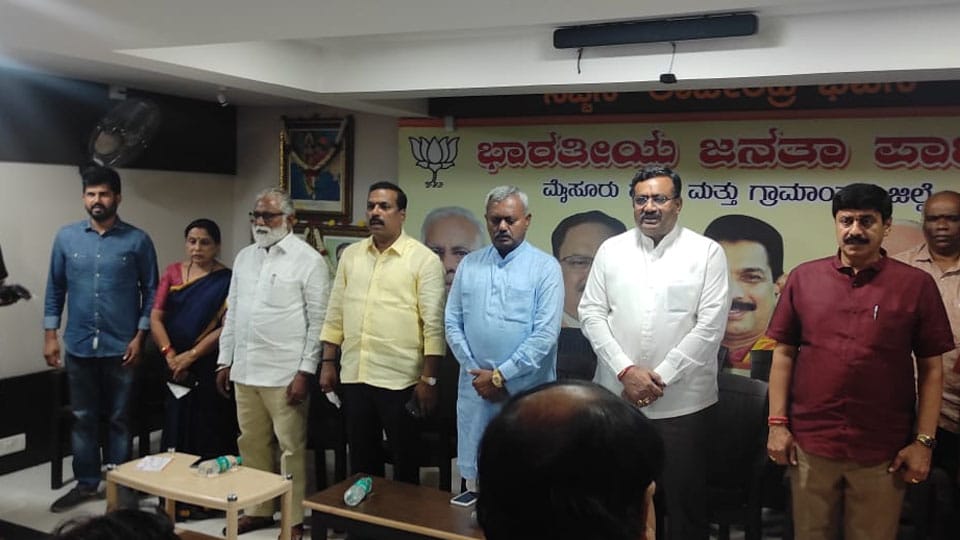 Mysore/Mysuru: Making an early start to the preparations for the Legislative Council poll from South Graduates Constituency, the BJP held a core committee meeting at the Party Office in Chamarajapuram here yesterday.

Speaking to presspersons after the meeting, former MLC and BJP Spokesperson Ashwathnarayan Gowda said that the meeting discussed the processes related to voters enrolment and preparation of electoral rolls.

Pointing out that the meeting elicited opinions from the party cadre and the strategies to be adopted for winning the poll from South Graduates Constituency that comprises Mysuru, Mandya, Hassan and Chamarajanagar districts, he said that two Party Conveners have been appointed for each district to oversee the enrolment process. A three-day workshop has been planned on Oct.16, 17 and 18 to explain about the procedures to be followed for voter enrolment and the roles and responsibilities of party workers, he added.

He asserted  that the BJP has taken the MLC elections seriously and will strive to win the polls this time as the party candidate in the previous election M.V. Ravishankar lost narrowly to K.T. Srikantegowda of the JD(S) in the 2016 polls.