Home » News » ‘BJP will get majority in next elections’ 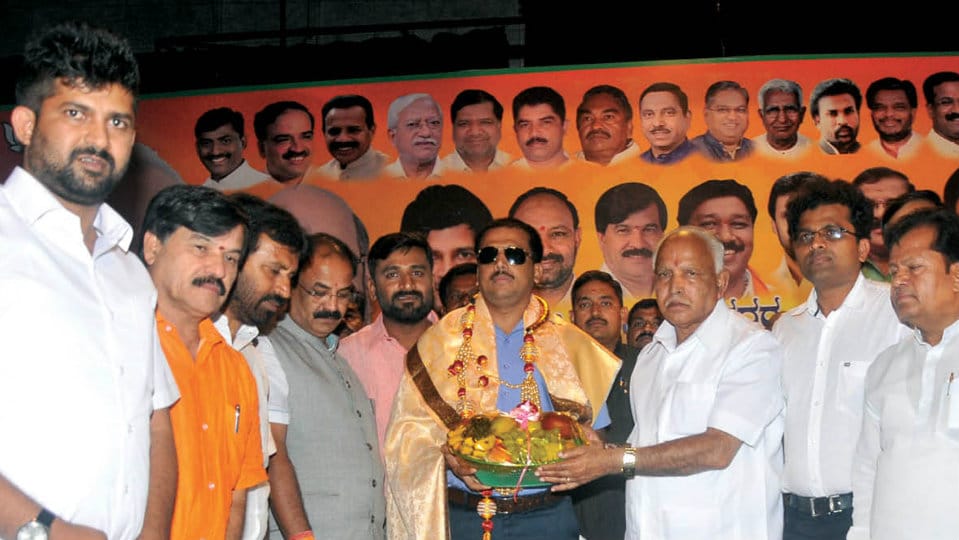 ‘BJP will get majority in next elections’

Mysuru, June12- Asserting that the BJP will come to power in the 2018 Assembly polls, State BJP President and former CM B.S. Yeddyurappa said that the party can win 5-6 constituencies in the district if there was an honest effort by party workers.

Addressing the party leaders and workers at the MMC&RI Auditorium in J.K. Grounds here yesterday, Yeddyurappa said that the people were in favour of the BJP with all communities supporting the party.

Calling upon the party leaders and workers to shun their differences, he said that the BJP can win in 5-6 Assembly seats out of 11 in the district.

Recalling that there were three party MLAs in the city and two in the district earlier, the State BJP President regretted that Raghu Kautilya and M.V. Ravishankar lost the Legislative Council polls despite the best efforts of the party workers.

Maintaining that he was not bothered about a possible understanding between the Congress and JD(S), Yeddyurappa said that only those having the maximum public support will be given the party tickets in the 2018 Assembly polls.

Hitting out at the Siddharamaiah Government for failing to fulfil its pre-election promises, Yeddyurappa thundered that he would not rest until the Congress Government waived off farmer loans, as done by UP and Maharashtra Governments.

Reiterating the need for maintaining unity among party workers, he called upon the party workers to give their best for achieving ‘Mission-150.’

Specially-abled candidate Kempahonnaiah, who secured the 340th Rank in the UPSC Civil Services Exam, was felicitated on the occasion.