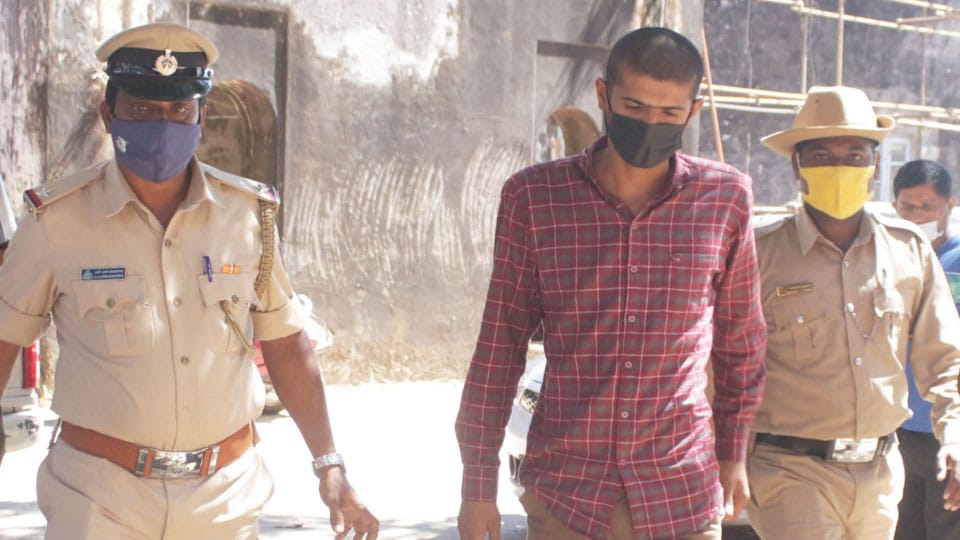 Madikeri: Siddapur Police have arrested a rowdy sheeter identified as 32-year-old Anand of Koratagere in Tumkur, who had made a blackmail call to Virajpet MLA K.G. Bopaiah and demanded Rs. 1 crore ransom. The accused was arrested at Bengaluru Railway Station.

The accused who called Bopaiah (who is also a former Assembly Speaker) over his cellphone at about 6.15 pm on Jan. 5, identified himself as a personnel of Anti-Corruption Bureau (ACB) and demanded a ransom of Rs. 1 crore in order to stop ACB officials who were preparing to raid his home and office.

The caller, who spoke in Kannada and gave his Bank account number, asked Bopaiah to credit the money directly to his account and cut off the call.

Later, the accused, who called Bopaiah from another cellphone number, asked the MLA what he had planned regarding credit of money.

Enraged by the call, Bopaiah told the caller that he was not scared of any raids and disconnected the call.

Meanwhile, Siddapur Police, who came to know that the accused had come to Bengaluru, tracked the mobile phone location of the accused and arrested him at Bengaluru Railway Station.

The accused was produced before a Court in Madikeri yesterday and the Judge has remanded him to judicial custody.

According to Police sources, accused Anand has cases of robbery and extortion registered against him at Tumkur, Koratagere, Doddaballapur, Kulala and other Police Stations. A rowdy sheeter file in his name was also opened at Koratagere Police Station and Anand had come out on bail.

Before taking to crime, Anand was working as a driver at a private travel agency, but he had quit the job and took to crime.

He had married a girl from Bengaluru and had a daughter, but he had left both of them.