Home » COVID-19 » Blame it on virus: Future tense for farmers in distress 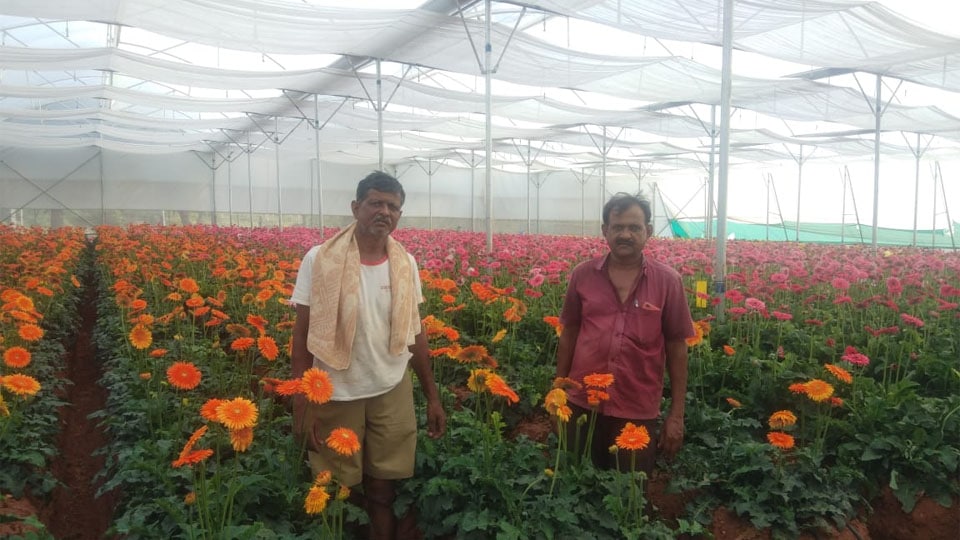 Blame it on virus: Future tense for farmers in distress

With the nationwide lockdown for over two months, farmers who cultivated vegetables, flowers and fruits are facing massive distress due to disruptions in supply chains of the agriculture sector. Higher costs of harvesting and transportation, fall in prices and demand, closure of majority of markets and so on, has caused farmers to lose thousands of crores in the last six to seven weeks, observers estimate.

While farmers’ organisations are demanding the Central and State Governments to rescue the farmers from the sudden distress and compensate their losses, according to reports, horticulture farmers who cultivated perishables are engulfed in losses. The fall in demand for vegetables and fruits is also due to the closure of hotels and restaurants across the country.

Transportation and sale have become a challenge and heavy restrictions imposed on APMC yards, the sale of fruits, vegetables, grains, pulses have all taken a hit landing farmers in heavy losses. With unseasonal rains already beginning, procurement of seeds and fertilisers in time for sowing is a new challenge.

Somashekhar, an enterprising farmer of Talur in Mysuru taluk told ‘Star of Mysore’ that he had grown 3,000  stalks of Yelakki and Cavendish variety of banana in a 2.5-acre area spending about Rs. 3 lakh. But due to lockdown, he could not find suitable market and had to sell 4 tonnes of bananas at just Rs. 18,000 per tonne, which means a paltry Rs. 18 per kg, considering the farm costs.

Adding to his woes, about 1,500 banana stalks were destroyed by strong winds and thunderstorms that struck the village last week. Besides, he stands to lose lakhs of rupees more as Zarbera flowers which he had grown in his farmland after setting up a poly-house at a cost of nearly Rs. 30 lakh, have withered as there is no demand and buyers for this flower which is widely used for decorative purposes in functions and marriages.

Pointing out that he returned to his village after working in several private companies in Mysuru for years, Somashekhar said that his entire family engaged in farming and he used to get good returns in the past few years. “But the lockdown, coupled with nature’s fury, has indulged a severe blow. My last hope was Zarbera flowers and with no events and marriages anywhere, the loss has become heavy to bear this year,” he said and added that he has lost hope of getting back his money spent on cultivation in the near future.

He said that he had grown Mangaluru Cucumber (Mogem Losun Miri) in about 10 guntas of land. Last year, the vegetable sold at Rs. 10 per kg but this time he could sell it just for Rs. 2 per kg which is not enough even to meet the expenses he had incurred for cultivation. He further said that he has also grown tomato and gourd, but he has no hope of getting a good price for them too.

Highlighting that he has adopted organic farming practices in cultivation, he maintained that he uses chemical fertilisers and pesticides only in inevitable circumstances. Emphasising on the importance of having a farm pond in every farm he said that he has built one in his farm at a cost of Rs. 1.20 lakh. During rains, water that falls on the poly-house flows into this pond and thus no rain water goes waste, he said.