Home » News » Blunder at the Oscars ! 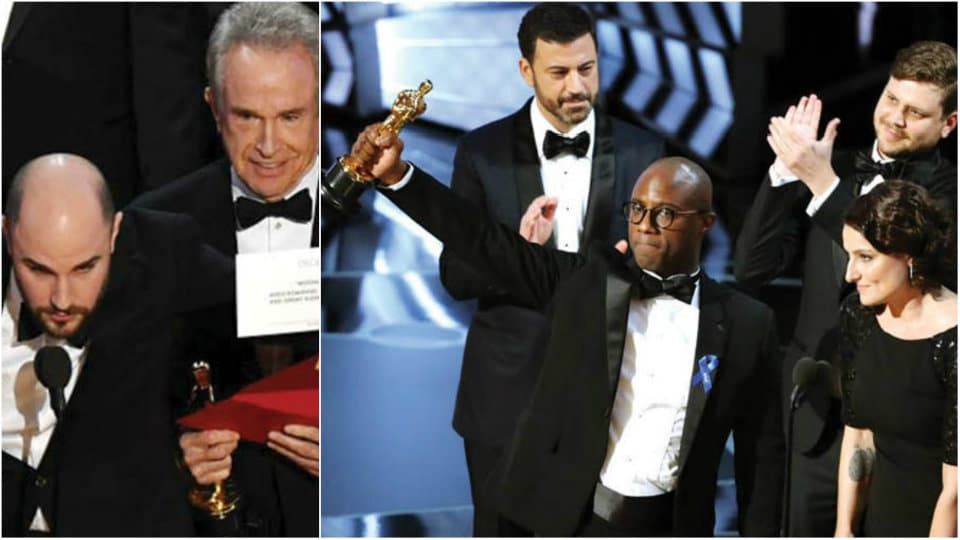 Blunder at the Oscars !

The 89th Academy Awards ended on a dramatic and embarrassing note after veteran actor and presenter of ‘Best Picture’ Warren Beatty wrongly announced the musical ‘La La Land’ as the winner of the Oscar for Best Picture.

In an embarrassment to the biggest event in Hollywood, just as the cast and crew of ‘La La Land’ were midway through the acceptance speech after receiving the award, Warren Beatty walked back to the microphone with the winner’s card in hand displaying to the cameras and stating that there was a mistake and that the film  ‘Moonlight’ was the winner.

The veteran actor then explained that he had been given a card naming Emma Stone, who had just won Best Actress award, as well as the name of the film ‘La La Land’ in which she had acted. This led to the mistake.

This is reminiscent of what happened at the Miss Universe-2015 when the host of the event Steve Harvey wrongly announced Miss Colombia Ariadna Gutierrez as the winner and then crowned her, but two minutes later had to announce Miss Philippines Pia Alonzo Wurtzbach as the actual winner.

And the Oscar goes to…

(Fantastic Beast and Where To Find Them)