Home » News » Both HDD and Siddharamaiah are backstabbers: Prasad 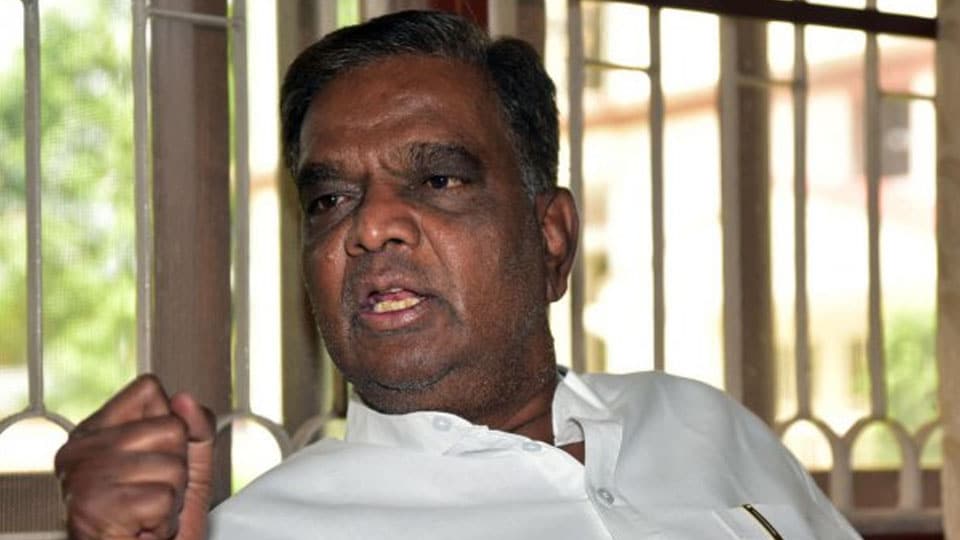 Both HDD and Siddharamaiah are backstabbers: Prasad

Mysuru: Even as JD(S) Supremo H.D. Deve Gowda and former CM and CLP Leader Siddharamaiah are engaged in a war of words, blaming each other for the collapse of the Coalition Government, BJP MP from Chamarajanagar V. Sreenivasa Prasad has lashed out at the two leaders terming both of them as backstabbers.

Speaking to press persons at his Jayalakshmipuram residence here yesterday, Sreenivasa Prasad alleged that both Siddharamaiah and H.D. Deve Gowda were habitual backstabbers.

Noting that Siddharamaiah and Deve Gowda had traded innumerable charges against each other in the run up to last year’s Assembly polls, Sreenivasa Prasad pooh-poohed the JD(S) and Congress leaders for coming together just minutes after the Assembly poll results were announced and their bonhomie continued until this year’s Lok Sabha Polls.

Lashing out at the two leaders for trading charges against each other, the veteran BJP leader said that the people are disgusted with the leaders of the two parties washing their dirty linen in public.

Questioning why Siddharamaiah was defending H.D. Kumaraswamy every time in the floor of the Assembly during the Coalition Government when he was upset with him (HDK), Prasad said that two parties, which are now in the opposition, must learn to behave themselves responsibly and act as a constructive opposition.