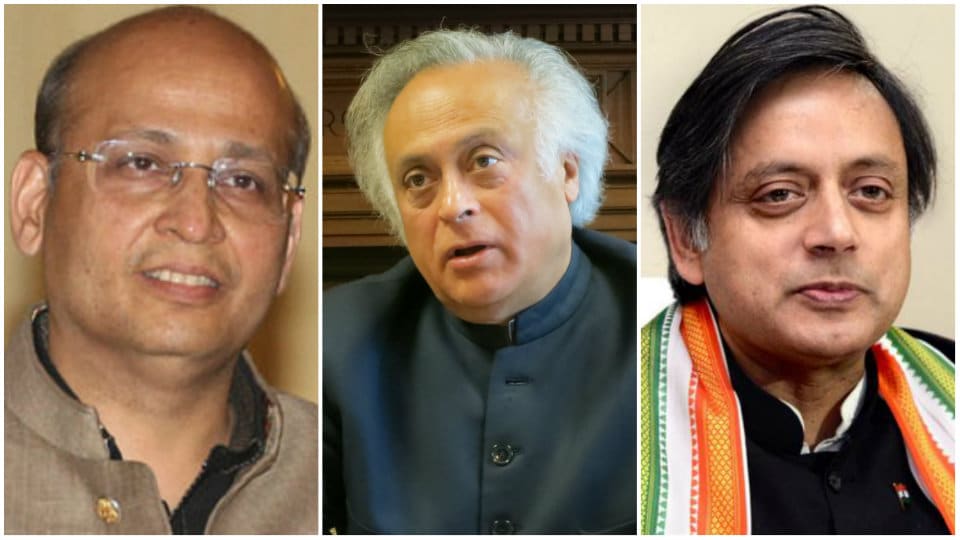 Speaking at a book launch on Thursday, Jairam Ramesh had said Modi’s governance model was “not a complete negative story,” adding that not recognising his work and demonising him all the time was not going to help.

Echoing Ramesh’s views, Singhvi tweeted: “Always said demonising Modi wrong. Not only is he PM of nation, a one way Opposition actually helps him.”

“Acts are always good, bad and indifferent — they must be judged issue wise and not person wise. Certainly, Ujjwala (LPG cylinders to women) scheme is only one amongst other good deeds,” he said.

“As you know, I have argued for six years now that Narendra Modi should be praised whenever he says or does the right thing, which would add credibility to our criticisms whenever he errs. I welcome others in Opposition coming around to a view for which I was excoriated at the time,” Congress leader Shashi Tharoor said in a tweet.

These comments by two Congress leaders contrast sharply with the line taken by the Rahul Gandhi-led Congress in the national election campaign earlier this year.

Rahul Gandhi, who resigned as Congress President after the party’s second straight debacle, had fashioned his entire campaign around the phrase “Chowkidar Chor Hai” based on allegations of corruption in the deal signed off by PM Modi for the purchase of Rafale fighter jets. The campaign flopped and the Congress was back to the drawing board.

Ramesh, Tharoor and Singhvi’s comments reflect calls within the Congress for a new narrative to take on PM Modi, by attacking not him, but his policies.