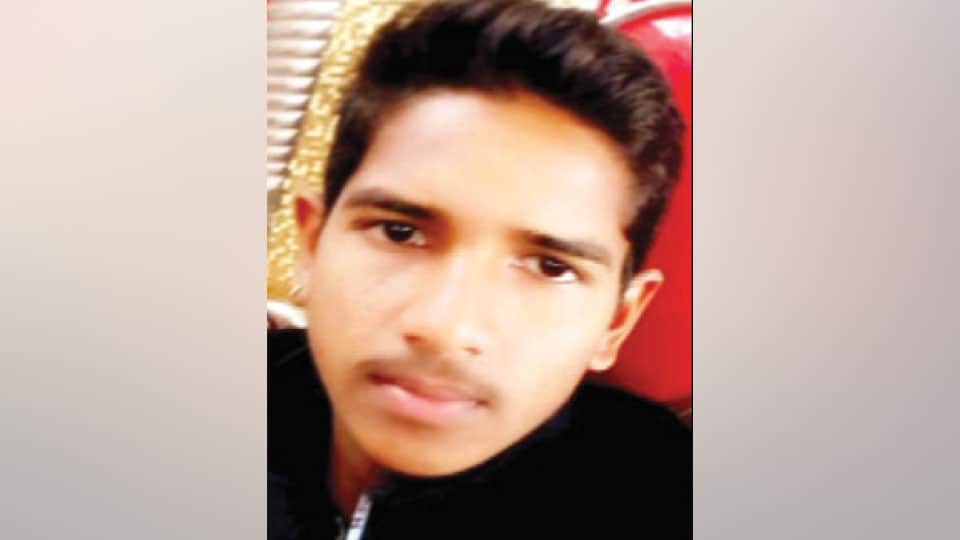 Mysore/Mysuru: In a hit-and-run incident. a 14-year-old boy, who was walking on the road side, was killed on the spot when a Bolero vehicle reportedly hit him and sped away at Jayapura in the taluk recently.

The deceased is Chandan, son of Nandish and Shivamma couple, residents of Sunnadakeri in city.

Chandan, who had come to his grandmother’s house at Bettadabeedu village near Jayapura, had gone to Jayapura to order cake for his birthday, which falls on Monday. After alighting bus at Jayapura, Chandan was walking on the road side near Bank of India, when the Bolero vehicle, which came from the opposite direction after overtaking another vehicle, hit Chandan and sped away. Chandan, who suffered severe head injuries, breathed his last on the spot.

The accident resulted in disruption of traffic for more than 30 minutes. Jayapura Police, who rushed to the spot, conducted mahazar, shifted the body to MMC&RI mortuary for post-mortem and registered a case.

Jayapura Sub-Inspector K.C. Mohan Kumar said that information has been passed to other Police Stations to trace the Bolero vehicle and legal action would be initiated after nabbing the driver.