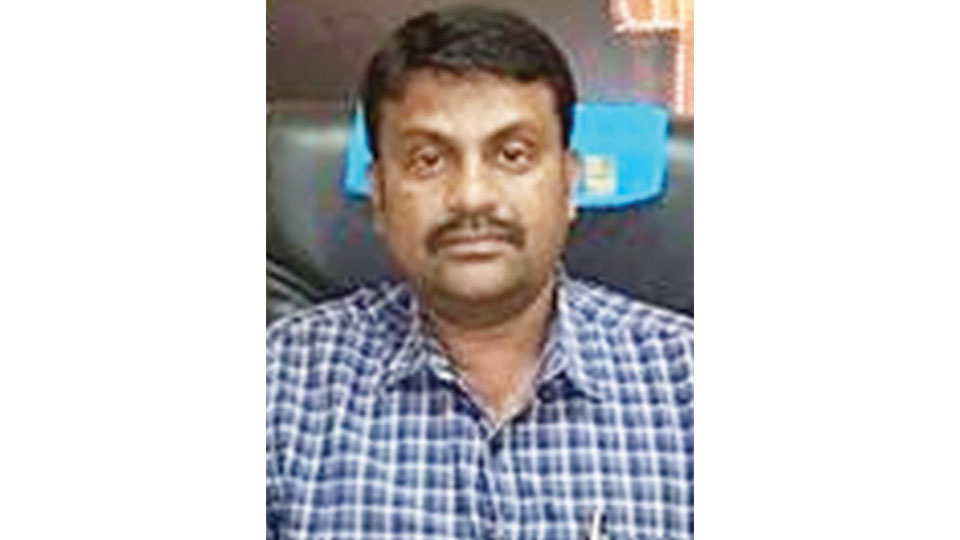 Mysore/Mysuru: The Anti-Corruption Bureau (ACB) Police have caught the Chief Executive Officer (CEO) of Karnataka Exhibition Authority (KEA) while accepting bribe from a contractor to pass the tender.

The CEO who was trapped is B.R. Girish. A tender was called for cleaning and maintaining gardens at the Dasara Exhibition premises and one Charan, proprietor of R.C. Business Solution at V.V. Mohalla had obtained the tender. As per the rules, the tender was to be passed within seven days of the completion of the tender process, but CEO Girish had not passed the tender even after 20 days. On Mar. 18, Girish had reportedly demanded Rs. 1 lakh from Charan to pass the tender, following which Charan had lodged a complaint with ACB Police. Yesterday at about 5 pm, when Girish was receiving the bribe at his Office, the ACB sleuths swooped upon him, caught him red handed and arrested him.