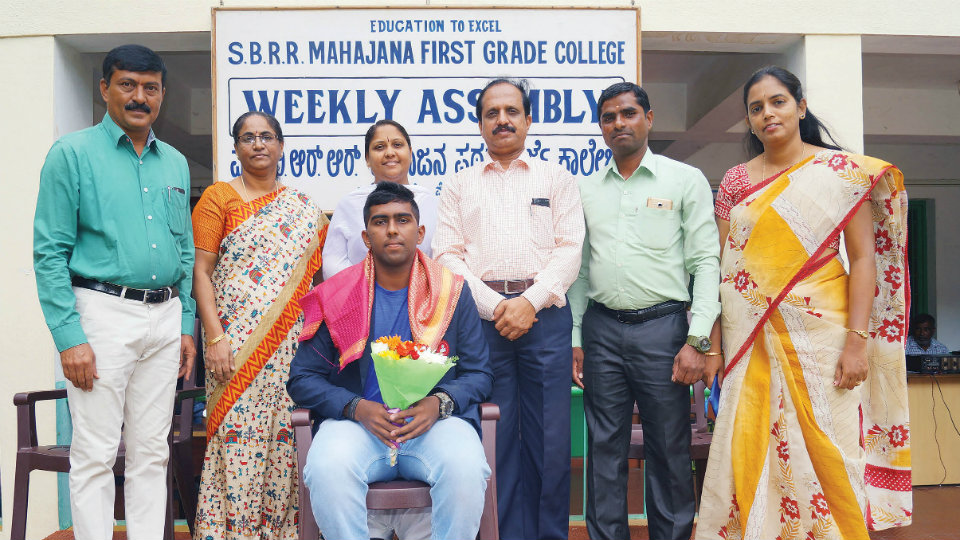 Budding cricketer from city to be trained at MRF Pace Foundation

However, cricket turned out to be his call and Venkatesh fondly recollects growing up seeing his father play Club Cricket. Insprired by his father, he took up cricket.

While playing U-19 State and National-level, he caught the attention of the selectors of MRF Pace Foundation. He is currently nurtured and groomed at the Foundation by the Australian Cricketer Glenn McGrath and Myluahanan Senthilnathan.

Speaking about his experience at the Foundation, the talented cricketer says it is a strict regimentation of training of seven hours per day. A fitness regime of three hours per day followed by three hours of bowling experience is his daily routine. Venkatesh is one of the four players from Karnataka to train at the Foundation along with 25 other players. He fondly recollects the moral support from his grandmother late Vidu. G. Saroja. Inspired by the captaincy traits of the great all-rounder Saurav Ganguly, Venkatesh desires to don the India colours soon and be one of the men in blue colours.

Despite his training, Venkatesh is able to pursue the degree course. He is thankful to the management, College Principal Dr. S. Venkatramu and PE Director Dr. H.N. Bhaskar. Venkatesh was felicitated at the Weekly Assembly of the College recently.