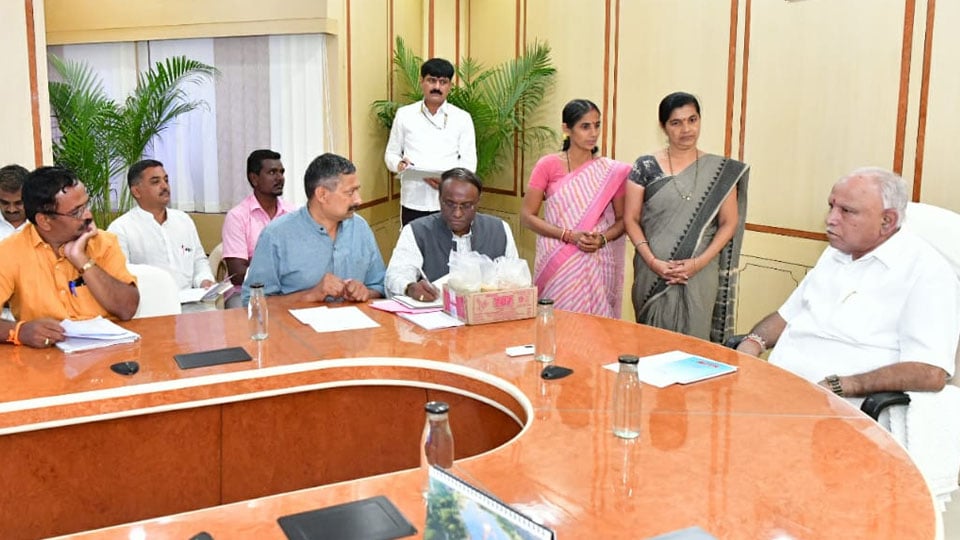 Budget session from tomorrow; CM to present Budget on Mar. 5

Bengaluru: The month-long Budget session of the Karnataka Assembly will begin at Vidhana Soudha from tomorrow (Mar.2). Chief Minister B.S. Yediyurappa (BSY), who also holds the Finance portfolio, will present the State Budget (2020-21) in the Assembly on Mar. 5.

Even as BSY is busy giving final touches to the Budget, the Opposition is all set to corner the Government on various issues, including Mangaluru Police firing in which two persons were killed, BJP MLA Basanagouda Patil Yatnal’s derogatory remarks against freedom fighter H.S. Doreswamy, ongoing anti-CAA protests in the State, farm loan waiver, issues concerning Anna Bhagya scheme and Indira Canteen, relief to flood victims, cut in grants for Assembly segments represented by Opposition Congress and JD(S) Legislators and a host of other issues.