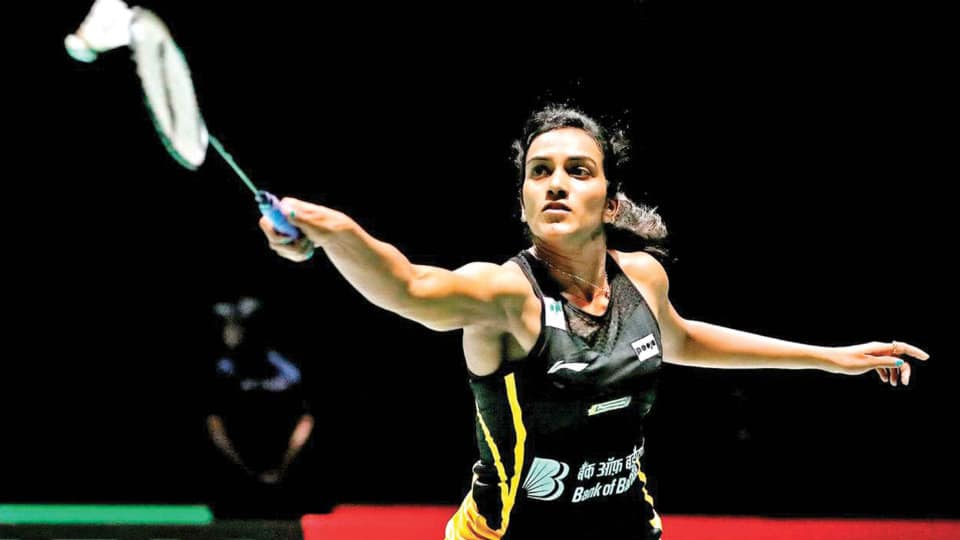 To take on Nozomi Okuhara in finals today

P.V. Sindhu continued her fine form as she defeated China’s Chen Yufei 21-7, 21-14 to reach the finals of BWF World Badminton Championships 2019 in Basel.

Not many can forget the epic World Championships final from 2017 that went on to become the longest women’s singles gold medal match in the history of the competition. At the end of a 110-minute marathon, Sindhu finished second best losing to Nozomi Okuhara in three games that tested every bit of skill and energy the two shuttlers had.

It was an agonising defeat for Sindhu, who was leading 19-17 in the decider. A year later, Sindhu suffered a similair fate, this time against Carolina Marin in Nanjing, China.

Sindhu has an illustrious CV at the World Championships. Five medals that make her the joint-most successful women’s singles shuttler and three straight final appearances. However, the gold medal has been eluding her ever since she reached the last-four for the first time in 2013.

On Sunday (Aug.25), P.V. Sindhu will have one more opportunity to change the colour of her medal when she steps on the court to take on Nozomi Okuhara in the repeat of the 2017 World Championships classic in Basel, Switzerland, at around 4.30 pm (IST).

There are not many who can step up at the big tournaments as P.V. Sindhu does. She has won silver medals at the World Meet, Asian Games, Commonwealth Games ever since she finished on the second step of the podium at the Rio Olympics in 2016. To go with it, she won the BWF World Tour Finals in 2018.

Even as her form in 2019 taking a dive, the Indian shuttler entered the World Meet in good shape after getting some crucial wins under her belt in Indonesia and Japan in the lead up the major tournament.