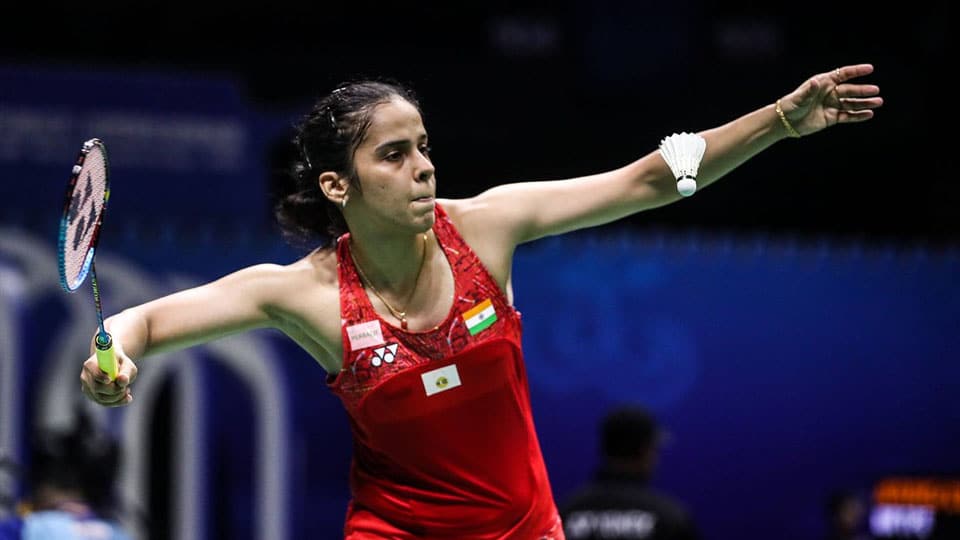 Tenth seeded Saina Nehwal lost to superior seeded Carolina Marin of Spain 6-21, 11-21 in 31 minutes. Marin dominated the quarter-finals from the onset to thrash Saina Nehwal at the BWF Badminton World Championships 2018 being held at Nanjing, China, this morning and booked a spot in women’s singles semi-final.

The superior seeded Spaniard looked in fine form as she gave no chance to the 10th seeded Indian to impose her game. In the opening game, Marin accumulated quick points to quickly race to the mid-game interval with a massive 11-2. Saina, on the other hand, looked out of touch and failed to get better of her counterpart.

The Indian also made repeated unforced errors in the process which helped Marin close the game at 21-6 in 12 minutes without breaking much sweat.

In the second game, Saina opened the scoring but fell behind Marin, who mixed her shots well to keep the Indian  under continuous pressure. The Spaniard played all-out attack, mixing up her smashes and touches well in-time to keep lead 11-8 at the mid-game interval. From there on, it was no looking back for the seventh seeded, who gave a few points to her Indian counter-part but eased through to close the game 21-11 in 19 minutes.

In the mixed doubles, Indian unseeded pair Satwiksairaj Rankireddy and Ashwini Ponnappa were trailing top seeded Zheng Siwei and Huang Yagiong from China 15-17 in the first game, when we went to the press.