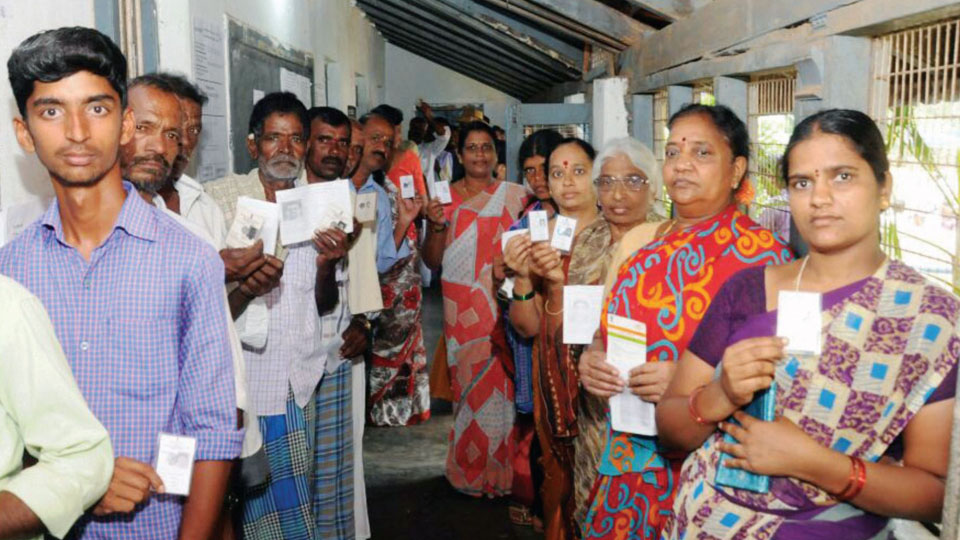 The bypoll for Ramanagara Assembly segment was caused by the resignation of Chief Minister H.D. Kumaraswamy, who chose to retain Channapatna after his election from both the Constituencies in the May 2018 polls, while the byelection to Jamkhandi in Bagalkot district was necessitated by the death of Congress MLA Siddu Nyamagowda, who was killed in a road mishap, a week after his election.

While the bypoll for the vacant Assembly segments were expected, the announcement of the bypolls for the three LS seats, with the General elections hardly about 5 months away, came as a shock to political leaders, who had least expected it. However, the Election Commission of India (ECI) sprang a surprise by announcing the Karnataka bypoll schedule on Oct.6, along with Assembly polls for five other States including Madhya Pradesh, Rajasthan and Chhattisgarh.

Following the announcement of the poll schedule, the ruling coalition partners in the State,  JD(S) and Congress, reached an understanding on sharing of seats, according to which Congress would contest Ballari LS and Jamkhandi Assembly seat, while the JD(S) would contest Mandya and Shivamogga LS seats and Ramanagara Assembly segment, vacated by H.D. Kumaraswamy.

Chandrasekhar, who was with the Congress for years, defected to the BJP just 20 days ago and got the party ticket.

However, Chandrasekhar announced his retirement from the contest yesterday, which came as a rude shock to the BJP, which was hoping to snatch the seat, considered a JD(S) stronghold.

While the coalition is going all out to win all the five seats, the BJP is leaving no chances to win the seats, despite the party receiving a huge set back in Ramanagara.