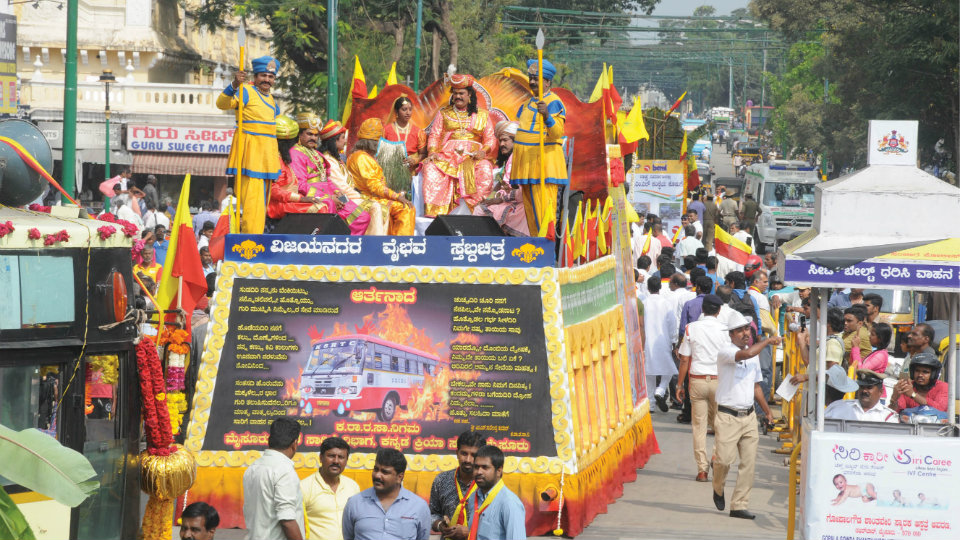 Higher Education and District Minister G.T. Devegowda (GTD) inaugurated the celebrations  by offering floral tributes to the idol of Goddess Bhuvaneshwari near the Palace North Gate.

The District Minister received the Guard of Honour after hoisting the Tricolour and Kannada Flag at the stage programme organised by the District Administration in front of Kote Anjaneyaswamy Temple. 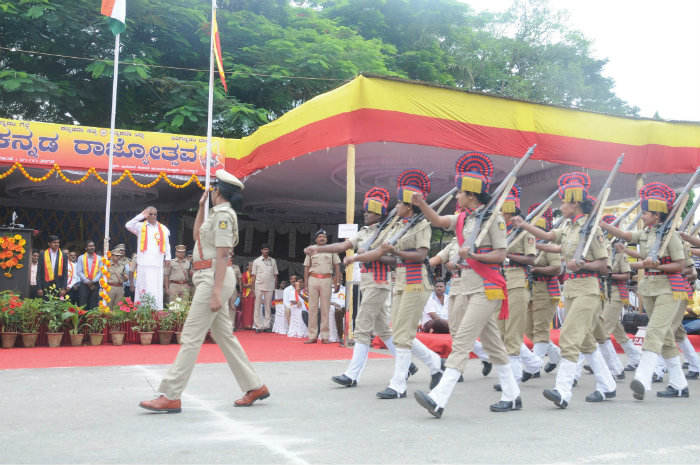 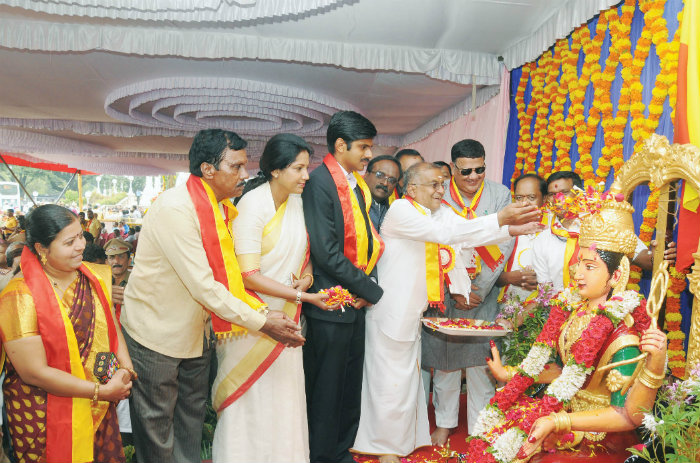 The procession that began from Kote Anjaneyaswamy Temple passed through K.R. Circle, Sayyaji Rao Road, Ayurveda Hospital Circle, Irwin Road, Ashoka Road and culminated at Town Hall. Flags and buntings of red and yellow hues dotted the junctions and arterial roads of city as part of the celebrations. Students, elected representatives, officials and others took part in the colourful procession in large numbers.

Folk artistes dressed as historical and mythological characters, a tableau displayed by KSRTC depicting the glory of Vijayanagar Empire and Durbar scene was the cynosure of all eyes

Speaking on the occasion, Minister G.T. Devegowda said that the State Government was committed to implement Kannada as its official language besides taking steps for promotion of Kannada, culture, people and protecting  State borders.