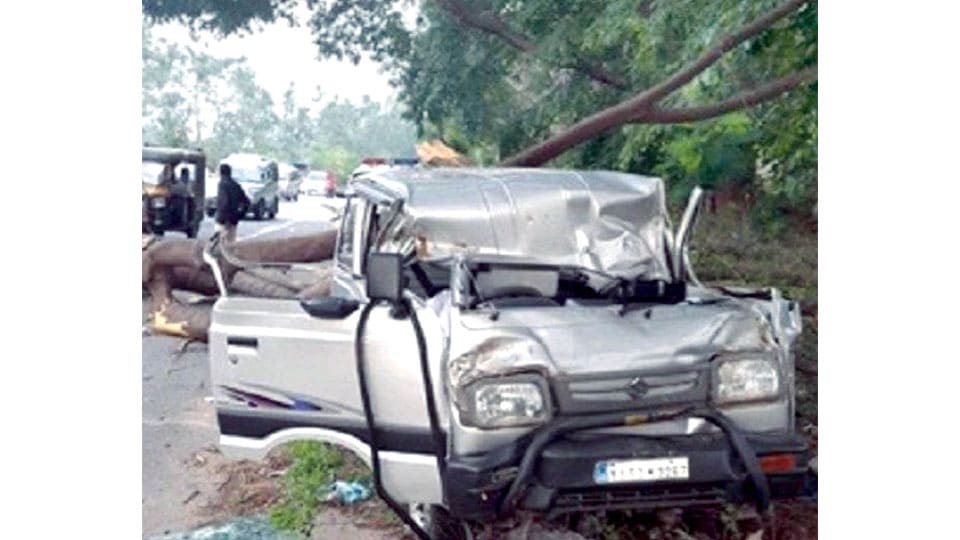 Two killed as tree falls on car near Ramanagara

Mysore/Mysuru: A tree came crashing on a car on the Mysuru-Bengaluru Highway this morning and two persons including a 9-year-old child were killed on the spot. The incident occurred on the busy stretch and traffic was held up for more than one hour.

The accident was reported from Kumbhapur Gate near Ramanagara at 6 am today when the tree fell on the moving Maruti Omni. The dead have been identified as Sundaresh (49) and Tanmay (9) from one family.

The injured have been identified as Sheela, Ganavi and Sanavi and they have been admitted to a hospital near Bengaluru. As the incident occurred right in the middle of the highway, traffic was held up for more than one hour on both sides of the road.

Mysuru-Bengaluru highway Ramanagara
‘Bhame’ & ‘Sanna Kathegalu: Kannada books to be released on May 1
Do not support those disturbing peace and harmony: HDK