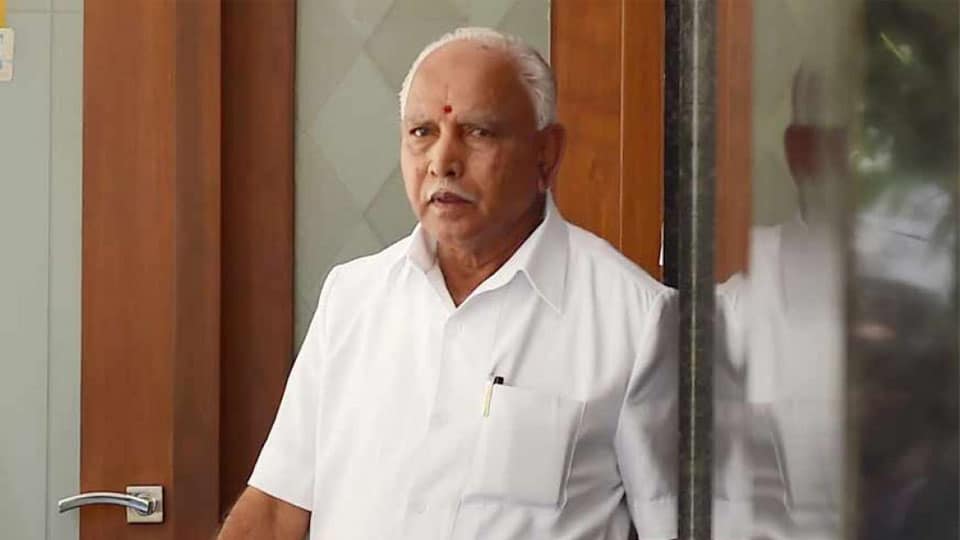 Bengaluru:  The much awaited expansion of the State Cabinet will take place between 10.30 am and 11.30 am at Raj Bhavan tomorrow (Aug.20).

About 18 BJP Legislators and an Independent Legislator, who has backed the B.S. Yediyurappa-led BJP Government, are likely to be inducted as Ministers tomorrow.

The expansion comes 25 days after B.S. Yediyurappa took over as the Chief Minister on July 26, after H.D. Kumaraswamy, who headed the JD(S)- Congress Coalition Government, quit following his failure to prove majority on the floor of the Assembly on July 23.

The BJP National President Amit Shah, Prime Minister Narendra Modi and other top leaders will finalise the list of Ministers who are to be inducted tomorrow, by this evening and senior party leader B.L. Santosh will arrive with the approved list at the State capital tonight, according to BJP sources, which also said that the Council of Ministers may see some new faces and                               surprise choices.