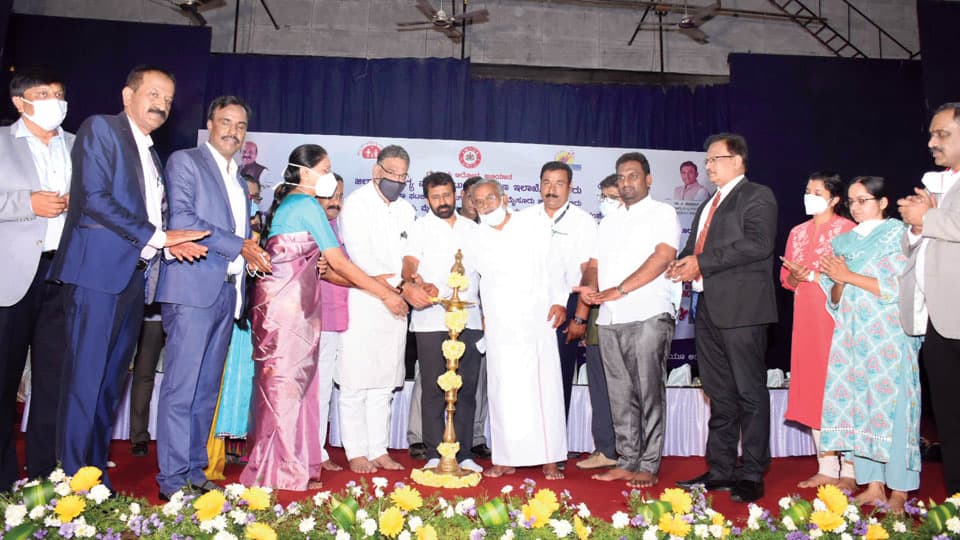 Speaking on the occasion, NR MLA Tanveer Sait said that cancer is a deadly disease that is taking out the lives of crores of people around the globe.

Pointing out that early detection followed by right treatment is key for curing cancer, he said that people must undergo regular check-ups in case they are found to be symptomatic of the deadly disease.

Pointing out that people must undergo immediate check-ups if they suffer from delayed healing of wounds, uncontrollable cough, change in voice, variations in excreta and urine discharge, difficulties in swallowing, painless lumps and other skin growths etc., Sait called upon the people to get sensitised on the symptoms of the deadly disease as early detection is very vital for the treatment of cancer. He called upon the people to utilise the week-long camp by undergoing screening and detection tests.

Maintaining that according to a survey conducted in 2018, about 22 lakh people suffered from various types of cancer in the country, he said that it is alarming to note that about 7 to 8 lakh people are getting added to this list every year. He lauded the District Administration and the Health Department for organising the programme, which is going to be hugely beneficial to the people, especially those from economically backward sections. This year, the theme for the World Cancer Day is ‘Closing the care gap’, he added.

On the first day today, over 400 people from different parts of the city and district underwent screening at the venue.

Tomorrow (Feb. 6), there will be seminar for Government Health Officials on ‘Cancer.’

On Feb. 7, a cancer sensitisation  programme and a documentary on cancer will be screened.

On Feb. 8, there will be group meetings of officials and Government staff on health and education.

On Feb. 9, there will be an interaction with cancer patients.

On Feb. 10, the concluding day, folk teams will take part in a public awareness rally.