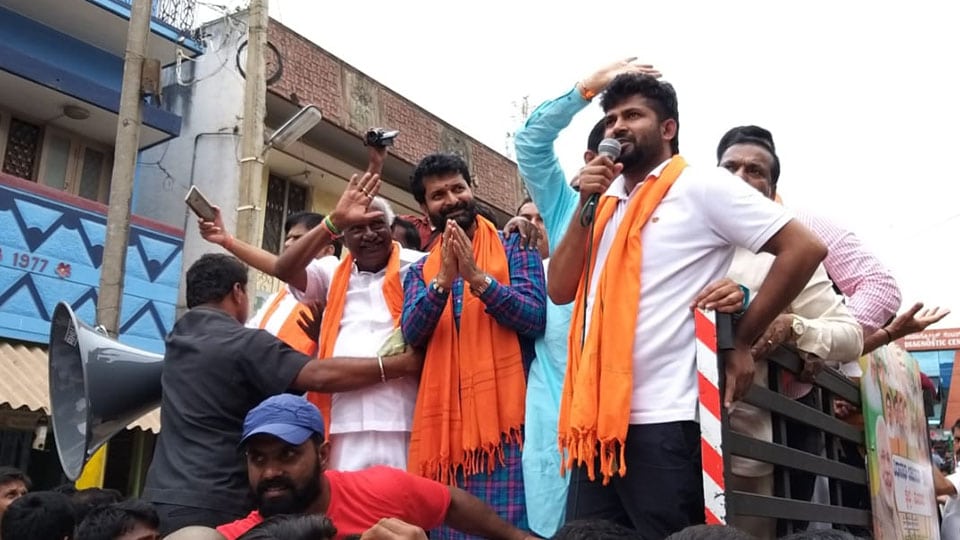 Bengaluru: With public campaigning for the Dec.5 by-polls to 15 Assembly segments in the State coming to an end today, candidates from all the three major parties — BJP, Congress and JD(S), are making a last minute bid to woo the voters.

The ruling BJP has given tickets to all the disqualified Legislators, who were earlier with the Congress and JD(S).The Opposition Congress and JD(S) have fielded new faces to take on the BJP. While the BJP is hoping to bag a majority of the seats and thus secure it’s government, the Congress and JD(S) are attempting to turn the tables on the BJP by winning at least 10 seats, that will push the BJP  to a minority in the Assembly. With just two days left for polling, there are speculations that the Congress and JD(s) have entered into a tacit understanding to defeat the BJP in the by-polls.

The two parties are said to have already started informal talks on entering into a fresh tie-up post the by-poll results, which will be announced on Dec.9. However, on it’s part, the ruling BJP is confident that it will win a majority of seats in the by-polls, which will boost it’s number in the Assembly.