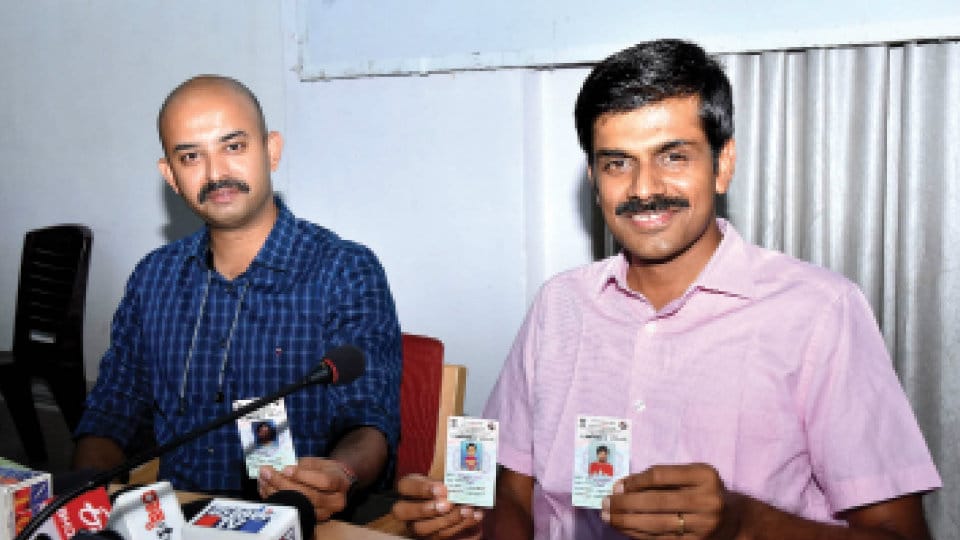 Mysuru: Mysuru Deputy Commissioner Abhiram G. Sankar, who is also the District Electoral Officer, said that all preparations have been made for the Hunsur by-poll on Dec.5.

Addressing a press meet here yesterday, Abhiram G. Sankar said that the public campaign ends at 6pm on Tuesday (Dec.3) and the voting will take place from 7am to 6pm on Dec.5. The counting of votes will be taken up at D. Devaraj Urs Government First Grade College in Hunsur town on Dec.9 and the results will be declared by afternoon on the same day, he said.

Pointing out that the Election Commission has appointed Amar Kushwa (Mob:72598-13556) as the General Observer and Upinder Bir Singh (Mob:78998-31135) as  Expenditure Observer, he said that the members of the public can call these Officers to register complaints on poll code violations and other electoral malpractices.

Stating that there are 2,27,974 voters in Hunsur Assembly segment, the DC said that 274 polling booths have been set up across the Constituency. The mustering will take place at D. Devaraj Urs College at 6am on Dec.4. Following directions from the Election Commission, dry days have been declared from 6pm on Dec.3 to midnight of Dec.5 and on the counting day on Dec.9, he said and added that all fairs, festivals and other public events on Dec.5, have been cancelled.

Continuing, the DC  said that the voters should bring any one of their photo identity cards such as Election ID card, Aadhaar Card, DL, Bank Passbook, Passport, Pan Card, Post Office pass book, other Government Id cards, etc., in order to exercise their franchise.

Explaining the security arrangements made for ensuring a peaceful, free and fair polls, he said that CRPF personnel will be deployed at all sensitive polling booths to strengthen security.

SP C.B. Ryshyanth and other officials were present at the press meet.

Hunsur by polls
Candidates make last minute efforts as public campaigning ends today
Mysuru student shot dead in the US: Abhishek’s family to leave for US on Wednesday or Thursday