Home » News » Mysuru student shot dead in the US: Abhishek’s family to leave for US on Wednesday or Thursday 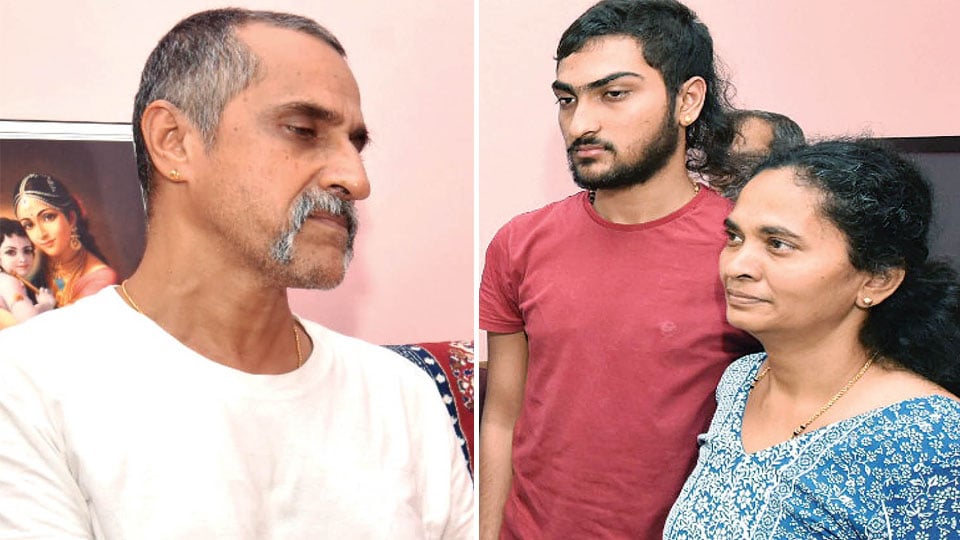 Mysuru student shot dead in the US: Abhishek’s family to leave for US on Wednesday or Thursday

Mysuru: The distraught family of Abhishek Sudhesh Bhat from Kuvempunagar in city is set to leave for California in the US on Wednesday or Thursday.

MP Pratap Simha took the initiative of getting the Passport and Visa to Abhishresti, the younger brother of deceased Abhishek.

Speaking to Star of Mysore, Ramnath, a relative of Abhishek’s family said that while Sudhesh Chand and Nandini had passports, Abhishresti did not have one as it had expired.

Abhishek, a resident of Kuvempunagar, who was pursuing his Master’s in Computer Science at California State University in San Bernardino, was shot dead on Nov. 28 inside the motel where he was working part-time.

Ramnath said that the Ministry of External Affairs (MEA) and the Indian High Commission were assisting the family to go to the US to receive Abhishek’s body that has been kept at a local hospital in San Bernardino. The last rites of Abhishek will be performed in the US after the post-mortem is conducted.

Condoled: Meanwhile, Minister of State for External Affairs V. Muraleedharan condoled the demise of Abhishek and said that the Consulate General of India in San Francisco would extend all possible assistance to the family of the deceased.

“Deeply saddened by the unfortunate demise of Shri Abhishek Sudhesh in San Bernardino, US. Heartfelt condolences to his family. Our Consulate @CGISFO extending all possible assistance to them. Safety and welfare of our citizens abroad is a priority to our government. @MEAIndia,” MoS MEA said in a tweet.

2 COMMENTS ON THIS POST To “Mysuru student shot dead in the US: Abhishek’s family to leave for US on Wednesday or Thursday”