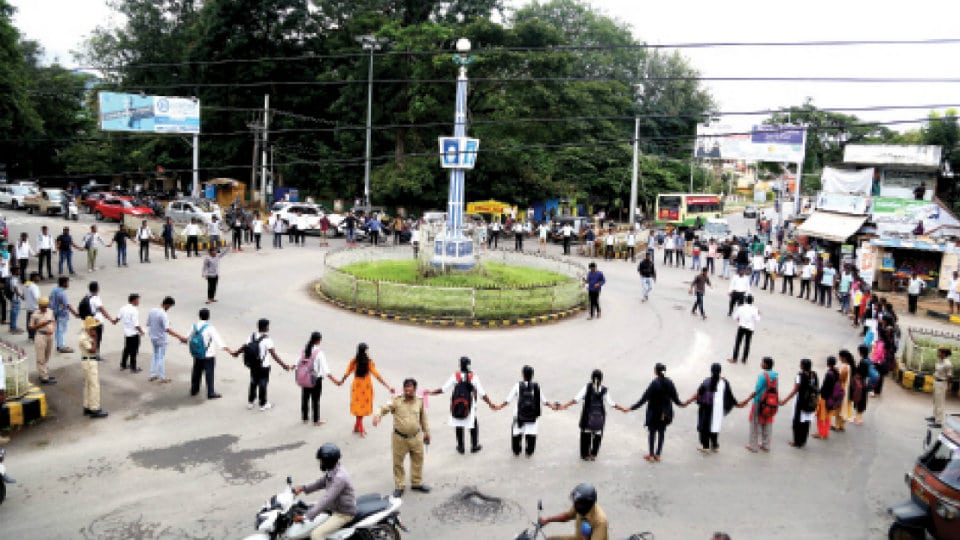 Mysuru:  Condemning the rape and murder of a veterinarian at Hyderabad, members of Karnataka Veterinarians Association, Mysuru District Unit and Gandhada Gudi Foundation staged a protest in front of Deputy Commissioner’s Office here this morning and demanded rigorous punishment for the four accused.

Meanwhile, Prajnavantha Nagarika Vedike and Pathi Foundation, which condemned the rape and murder, observed a few minutes silence at Agraharaha Circle in city.