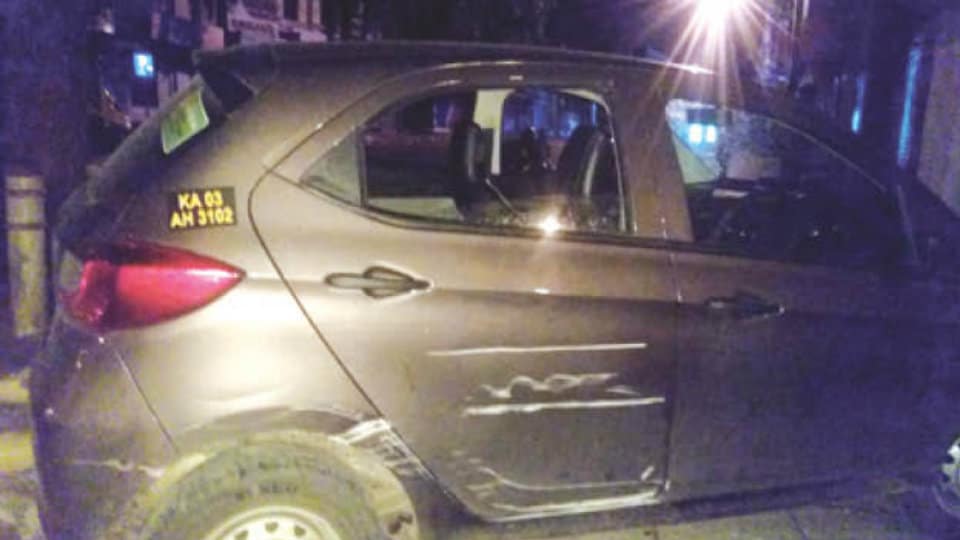 Mysuru: A driver who lost control of his car went helter-skelter and finally dashed against a the stone balustrades on Raja Marga (Sayyaji Rao Road). Luckily, no one is  injured nor was there any loss of life. But people in the city are a worried lot as such incidents are increasing.

Last night, a Tata Tiago car (KA-03 AH-3102) was moving from Ayurveda College Circle towards K.R. Circle when it suddenly lost control near the Old Bank Road junction opposite Devaraja Market and hit the stone balustrades.

However, it is not known whether the driver was under the influence of alcohol. But the Police reached the spot and inspected.

If action is not taken against such reckless and negligent driving, then there are possibilities of loss of lives and property, said a few passersby.