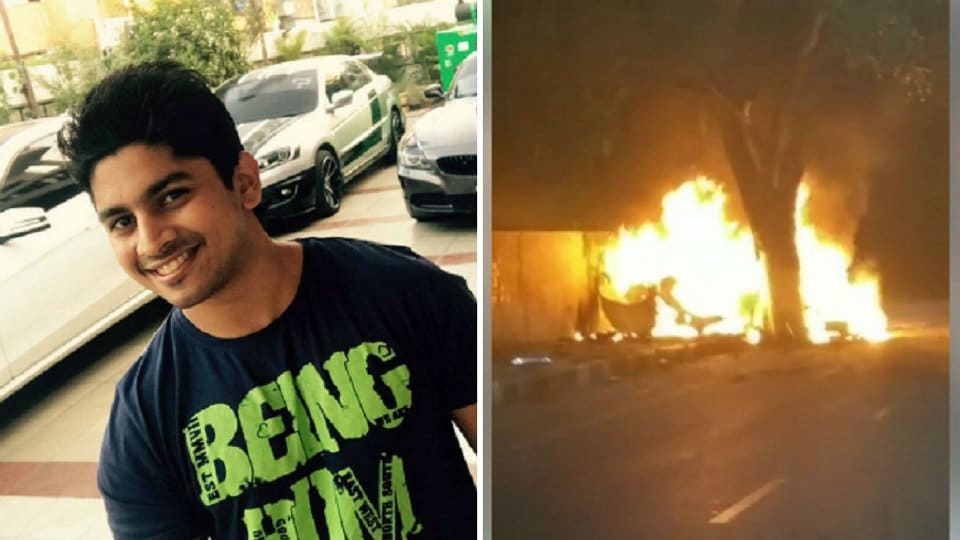 Indian car racer Ashwin Sundar and his wife Nivedithaa were charred to death after their car rammed into a roadside tree in Chennai in the wee hours today. The 27-year-old racer was driving the car when the accident occurred on the Santhome High Road in the city.

According to sources, the accident occurred at around 3.30 am, with both Sundar and his wife dying on the spot. Police also said that Sundar was driving above the allowed speed limit. The two were trapped inside the car as they were unable to open the doors.

Sources said that the couple was returning from a friend’s house at MRC Nagar to their home in Alapakkam. The vehicle was first spotted by passers-by, who alerted the Chennai Police. Fire fighters tried to put out the fire for nearly half-an-hour, after which the police broke upon the vehicle to recover the bodies. The police was able to identify the couple only through their vehicle registration number.