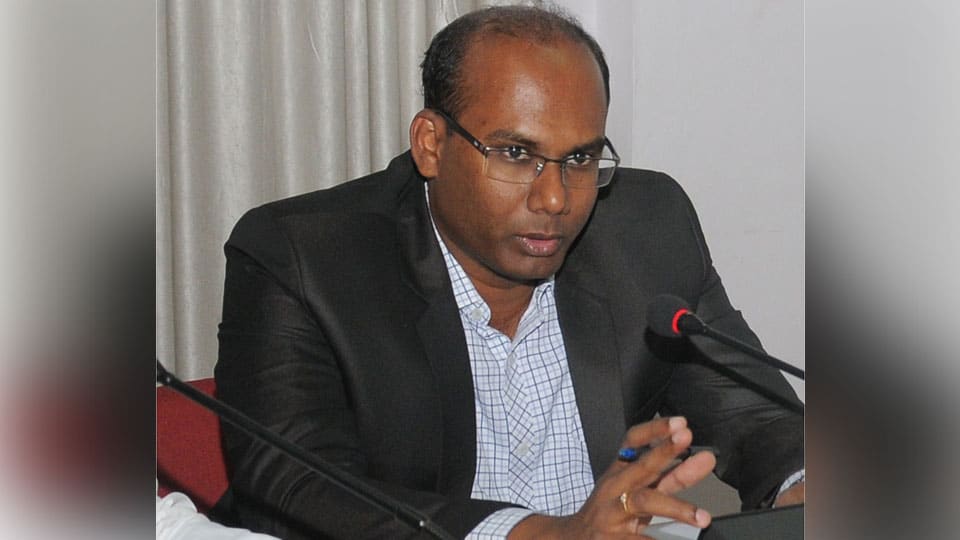 A meeting of the Heritage Committee to dispose off applications received for issuing NOC for construction of structures in declared heritage zones of the city, was held at the DC’s office here yesterday. The meeting was presided by DC D. Randeep (in pic), who is also the Chairman of the Committee.

MUDA Town Planning Member M.C. Shashikumar, who is also the Member-Secretary of the Committee, MUDA Commissioner Dr. M. Mahesh, Archaeology Dy. Director Gavisiddaiah, MCC Joint Director (Town Planning) Venugopal, who are all Members of the Committee and other officials attended the meeting.

The Committee discussed four applications received so far, seeking NOC for constructing structures in declared heritage zones coming under MCC and MUDA jurisdictions. Of the four applications, two were for residential purpose and two others for commercial purpose.

The meeting, after a long deliberation, resolved to grant NOC for only one residential structure, while adjourning the decision on two other applications and rejecting another application,  it is learnt.