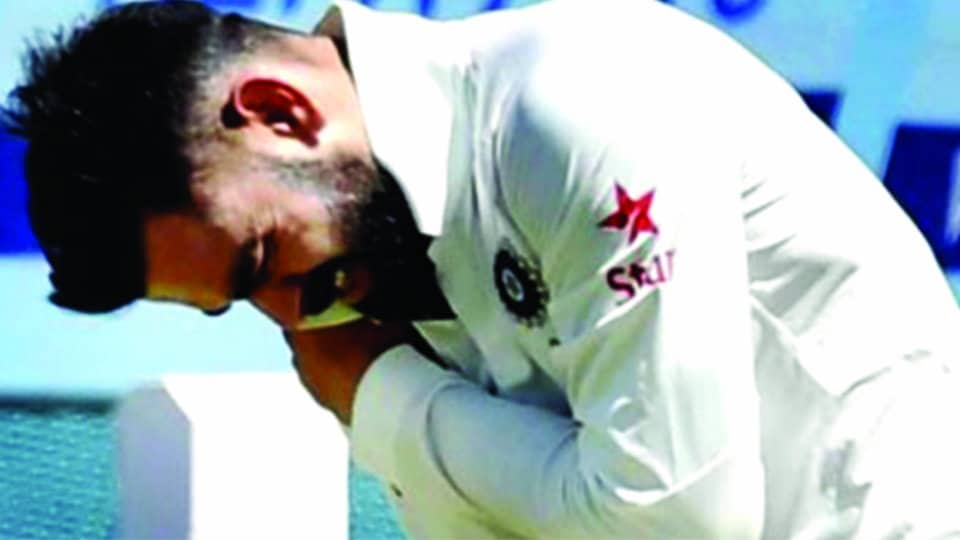 As per reports, India skipper Virat Kohli is recuperating from the shoulder injury sustained during the post lunch session of the opening day of the third Test at Ranchi.

In a statement released by the BCCI medical team it explained- “India captain Kohli is presently undergoing treatment to recuperate from a strain in his right shoulder. Relevant investigations have revealed that there are no serious concerns, which will hamper his speedy recovery from a strain in his right shoulder due to a fall while fielding in Ranchi. He will continue to receive treatment, which will assist him to participate in the rest of the match.”

Team India was dealt a serious blow when Kohli was taken out of the ground after injuring his right shoulder while trying to save a boundary. During the post-day press conference, fielding coach R. Sridhar had stated that the Delhi-lad was set to undergo scans in order to evaluate the extent of the injury.