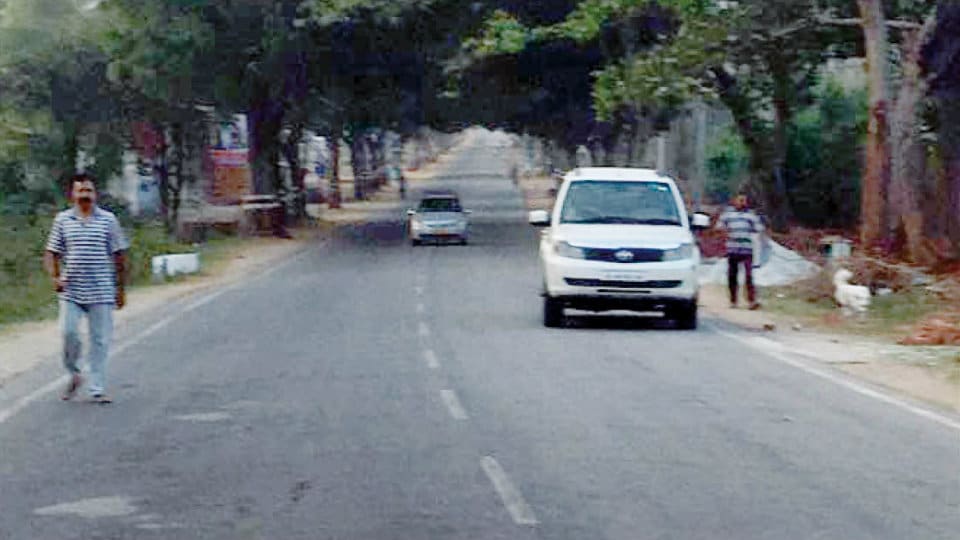 Police leave behind a traffic hurdle!

A Police team that was on a patrol in the wee hours of today spotted a vehicle moving suspiciously on Chamundi Hill Road. Promptly, they took the occupants of the vehicle to the Police Station for questioning but left the vehicle almost on the middle of the road in as-is-where-is condition, causing a nuisance to other motorists on the stretch.

The Tata Safari vehicle was flagged off on Kurubarahalli Circle-Arch Gate stretch by a Garuda patrolling team from Nazarbad Police Station at around 4.45 am. On questioning by the Police, the three youths in the vehicle could not give convincing answers as to what they were doing there at that odd hour. The youths even started arguing with the Police team.

Suspecting that the youths might have been there to indulge in some illegal activity, the Garuda team took the youth to Nazarbad Police Station for questioning, leaving the four-wheeler behind which was occupying a part of the road and was obstructing weekend traffic on the busy Chamundi Hill Road.

When Star of Mysore contacted Nazarbad Inspector Shekhar regarding the incident, he said that his team had taken the occupants of the vehicle for questioning on suspicion.

“It is common sense that a vehicle must not be parked on the middle of the road. However, in this case the vehicle had to be left behind as it did not have diesel. We cleared the vehicle at 9.45 am after taking the fuel from a petrol bunk,” he said.

DCP (Crime) N. Rudramuni too spoke to Nazarbad Inspector and asked his team to ensure that traffic movement is not obstructed in future.