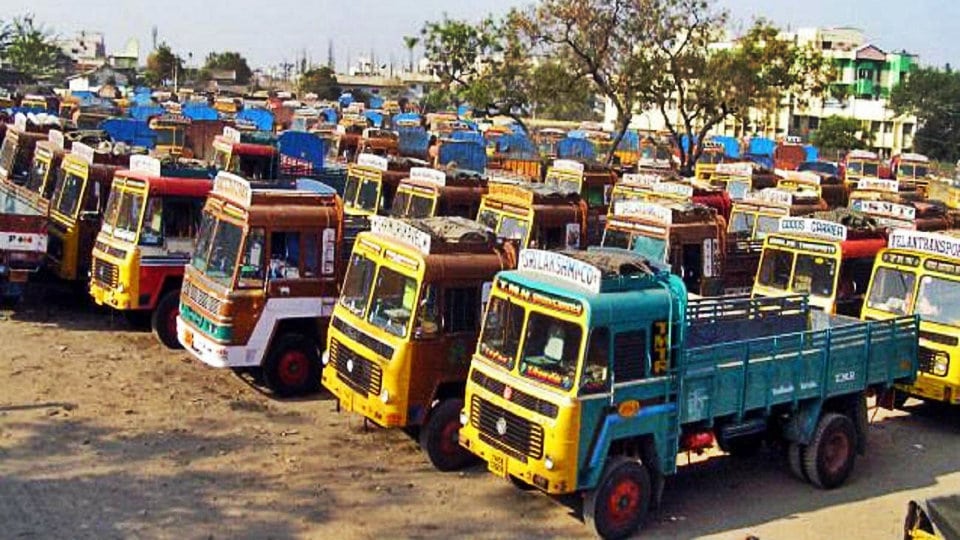 Lorries to go off roads from Mar. 30

Mysore District Lorry Owners Union (MDLOU), under the aegis of South India Motor Transporters Association (SIMTA), had organised a meeting of lorry owners of Mysuru and Chamarajanagar district at Allamma Choultry in Shivarampet here this morning.

About 150 lorry owners participated in te meeting to discuss various demands of the lorry owners. They strongly opposed the steep hike in insurance premium of lorries and the move to scrap lorries aged over 15 years.

Speaking on the occasion SIMTA General Secretary G.R. Shanmugappa said that the lorries aged above 15 years should be allowed to ply within city and asked government to withdraw the hike in the insurance premium.

The meeting also discussed on implication of Goods and Service Tax in transport sector, exorbitant RTO fee hike, imposition of speed governors on existing vehicles and entry tax on tourist vehicles. To press their demands, the meeting decided to take off the transport lorries from roads from Mar. 30 under the aegis of SIMTA. MDLOU President B. Kodandaram, Vice-President Abdul Khader, Secretary Balasubramanyam and others were present.

Police leave behind a traffic hurdle!
‘Ananya’ to empower women