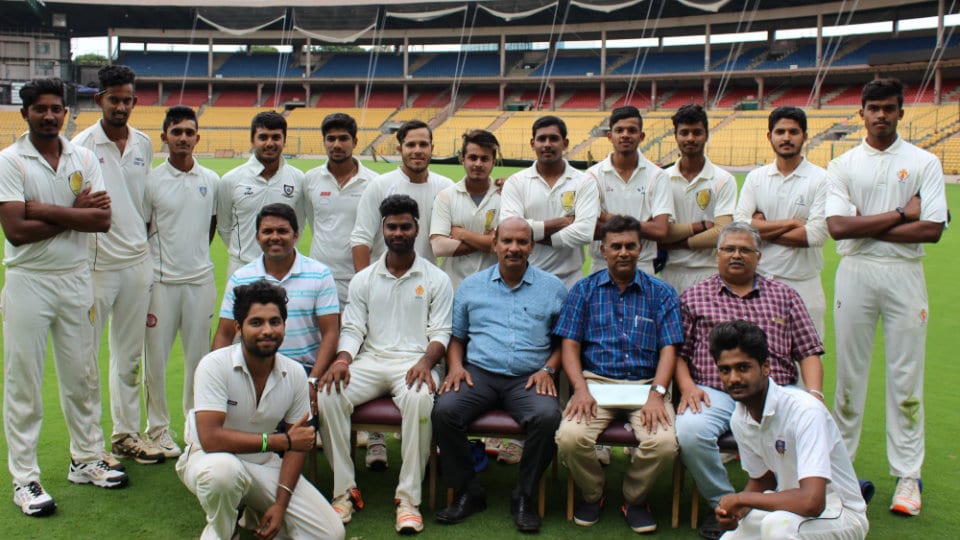 Batting first, RBNCC were all out for 209 in 48.1 overs. Thanks to useful knocks by Abhishek Jain (70) and M.B. Darshan (37) the team managed to cross the 200 mark. For Herons CC, Shubham Singh picked up five wickets. Chasing a target of 210 runs, Herons CC crossed the victory mark with six wickets to spare in just 39.3 overs with Arjun Hoysala unbeaten on 108 runs. Nithin Naidu (41 not out) and Rohith Gowda (33) were the other useful contributors.