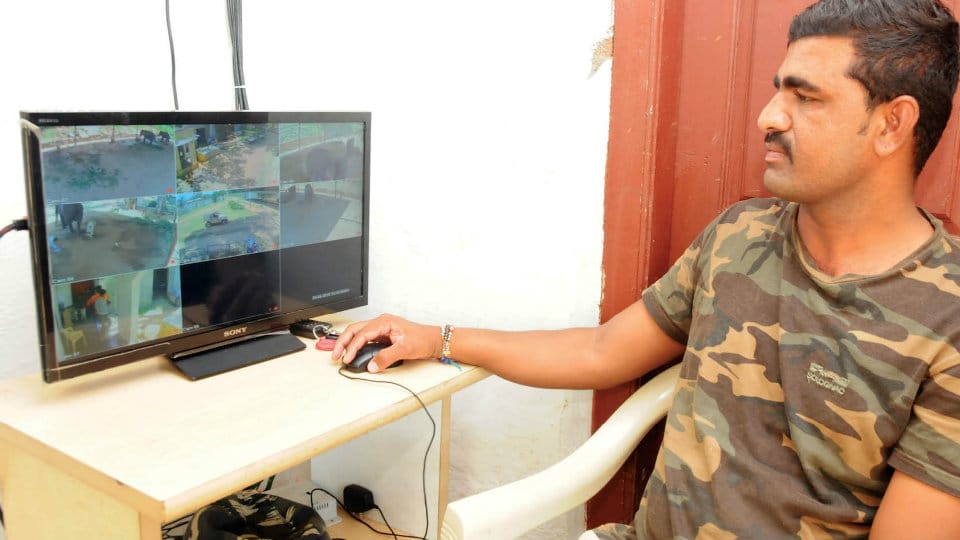 Mysuru:  CC TV Cameras have been installed at the Mysore Palace where the first batch of Dasara elephants led by Howdah elephant Arjuna are camping, to keep a close a watch on their movements and to see that strangers do not go near them.

The Forest Department, apart from looking after the elephants, the main attraction of the Dasara celebrations, are also keen on giving importance to their protection. Already six elephants with Arjuna as the leader, are being served very  nutritious food.

CC cameras have been installed to keep a close watch on their movements. A lot more attention is being kept on Arjuna, which will carry the Golden Howdah as also on the unit which prepares the nutritious food for the elephants.

Apart from this, the movement of the other five elephants are being captured on the cameras. The visitors who come to the Palace, on the pretext of taking photos go near the elephants, escaping the eyes of the Forest Department officials. Now with the CC cameras, the staff can capture the movements and bring it to the notice of the Forest Department officials.

There are two cameras installed near Arjuna, one near the unit preparing food, one near the mahouts’ shed, one camera near the dry grass unit, and two cameras near the sheds where the remaining five elephants are tied, for a total of nine cameras.

The CC camera monitoring room is set up near Sri Kodi Someshwara temple to capture the movements on the screen. A Forest Department guard, Kumar is appointed to closely watch the cameras.

The public and the animal lovers are very happy with this new move of the Forest Department to install the CC cameras to keep a watch on Dasara elephants in the interest of their protection and their movements. 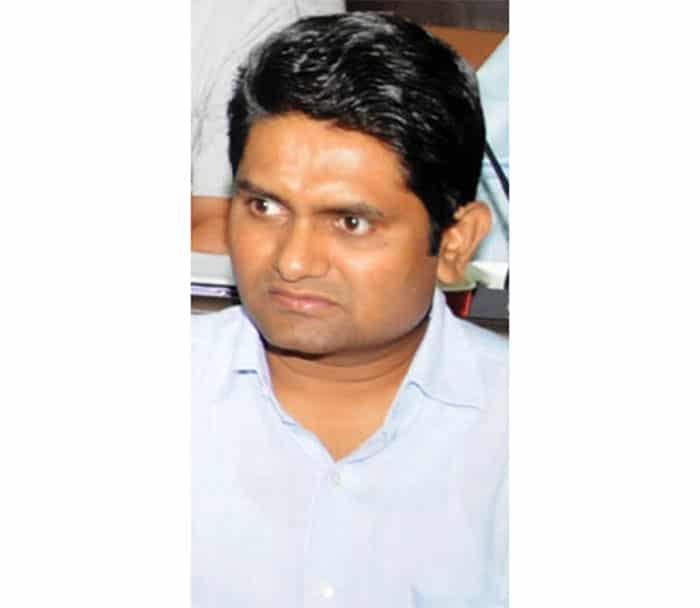