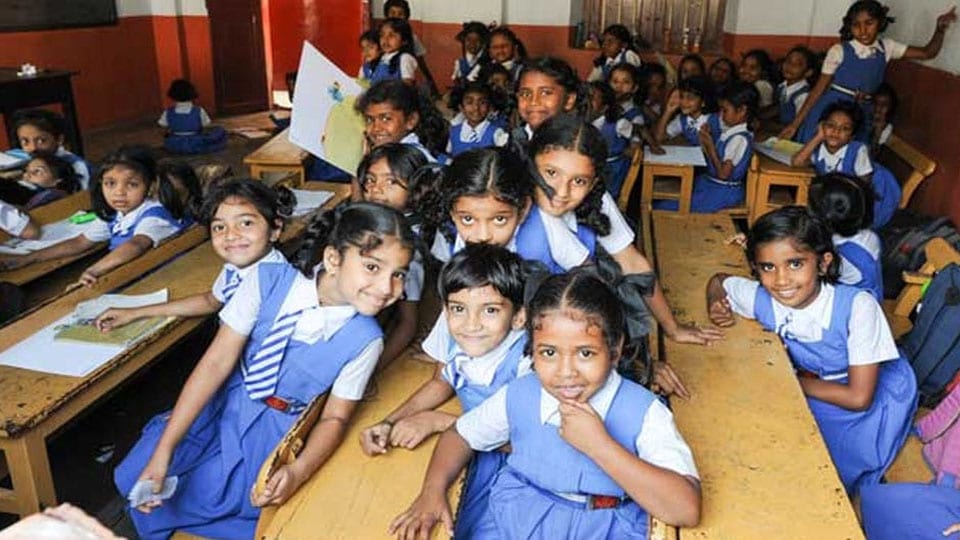 Bengaluru: The Department of Public Instruction has decided to cut short the number of holidays by eight days for schools coming under the State Government this year.

As holidays had to be forcefully declared due to heavy rains and floods in several districts across the State, the Government decided to cut short Dasara holidays.

According to the academic calendar, the Dasara holidays is from Oct.8 to 21. Last year the students had 22-day holiday. However, this time, only 14 days holidays are being given.

The teaching fraternity is raising objection to this decision of cutting the holidays by eight days. The Karnataka High School Teachers Federation President K. Manjunath said that since the teachers need to spend time with their children during the holidays, the declared holidays should be maintained.

However, the private schools have decided to go with the decision of the Government.

Private Primary and Secondary Schools Federation General Secretary D. Shashikumar, reacting to the decision, said that we have enough holidays. Let the holidays be cut short in the Government schools in the districts where they were affected due to rains and floods, but not for all the districts, he added.