Home » News » Centre has raked up cow slaughter issue only to cover up its failures: A. Manju 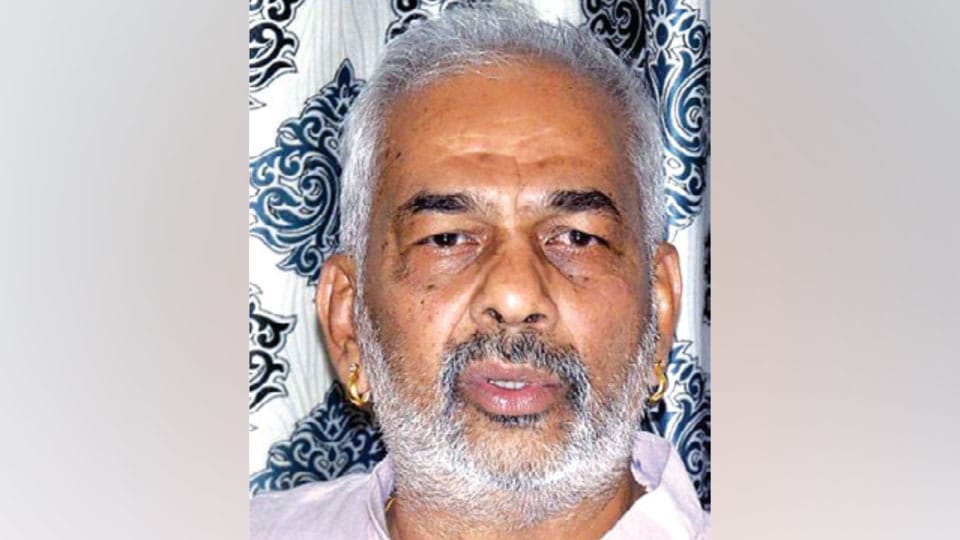 Centre has raked up cow slaughter issue only to cover up its failures: A. Manju

Mysuru: Claiming that the BJP led NDA Government at the Centre has raked up cow slaughter issue only to cover its failure in its 3 years rule, Animal Husbandry Minister A. Manju alleged that the Centre was playing with the emotions of the people.

Addressing a press meet at Jaladarshini Guest House here this morning, Manju said that the notification of Prevention of Cruelty to Animals (Regulation of Livestock Markets) Rules-2017 was not a new one on the ban on sale of cows for slaughter, as an act on illegal cow slaughter was introduced decades ago in 1964.

Alleging that the new set of rules will hurt millions of poor farmers and squeeze supplies to the country’s meat industry, Manju said the new rules will badly affect the farmers, because they will be deprived of a traditional source of income from selling non-milching and ageing cattle.

Maintaining that the prevention of Cruelty to Animals (Regulation of Livestock Markets) Rules-2017, had many flaws, the Minister said that he would discuss the issue in the State Cabinet and the Centre will be asked to withdraw the Rules-2017 in the better interests of cattle owners and the farming community.

Accusing the Centre of not consulting the States before the introduction of the new rules, Manju said that it would be very difficult for the State to implement the rules as it is and called for a debate on the issue.

The Minister also warned of moving the Courts in the interest of farmers if the Centre did not take into confidence all the States as required in a federal structure, before introducing the Rules-2017.