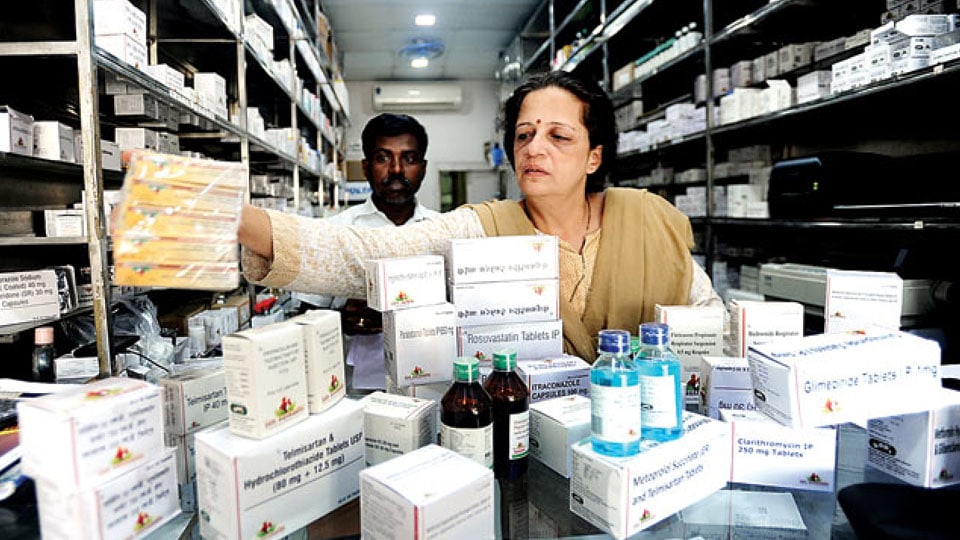 Centre to grant Jan Aushadh licence only to registered pharmacists

This follows after the Association in its communication to the Union Government indicated that the presence of a qualified pharmacist was mandatory as he had the expertise to dispense the right drugs and also advice on drug management and indicate the adverse drugs reaction. The presence of a qualified pharmacist is a must and more so Jan Aushad stores are being set up under the Pradhan Mantri Bhartiya Janaushadhi Pariyojana (PMBJP), which requires to strictly adhere to the regulations of the Drugs and Cosmetic Act.

Moreover, Jan Aushad stores are dispensing generic drugs which are affordable and of high quality. “These stores are being frequented not just by the general population but also the economically weaker sections. Hence, there is every need to ensure that only qualified and registered pharmacists are issued licences by the State Drugs Control Department,” said Ashokswamy Heroor, President of KSRPA.

In an earlier communication to the Government regarding Jan Aushad stores, the KSRPA President pointed out that permitting only these outlets to substitute drugs amounts to discrimination. Referring to the Drugs Technical Advisory Board’s (DTAB) 81st meeting on November 29, 2018, he said, “DTAB had deliberated on the proposal of allowing drug substitution for Jan Aushadh stores under the Drugs and Cosmetic Rules. It agreed to amend Rule 65 (11A) for allowing drug substitution specified in Schedule H, Schedule H1 and Schedule X with drugs containing same substance, strength and dosage. This is because generic drugs needed to be not just affordable but of high quality.”