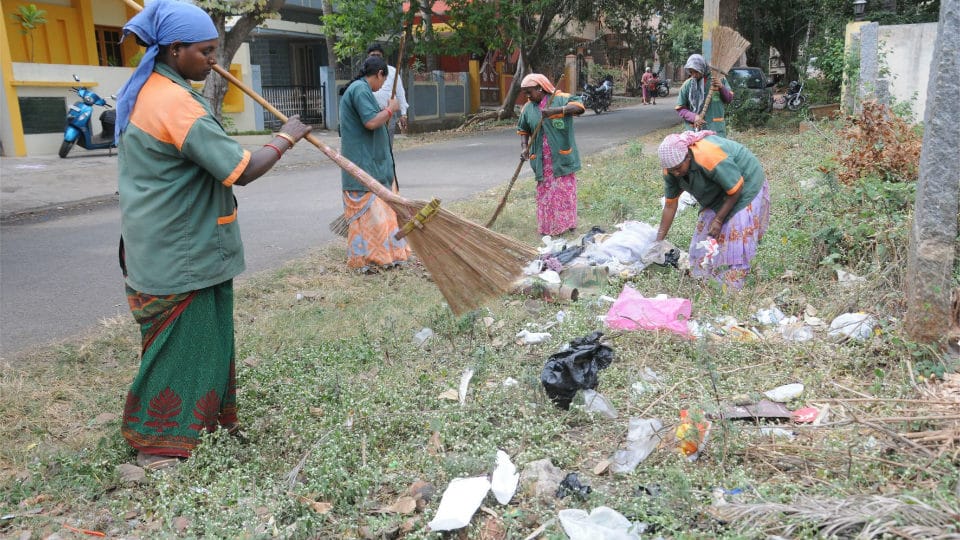 Mysuru has not only shed its all-too-familiar name Mysore but also acquired identity as the much-avowed heritage city as well as the cultural capital of Karnataka. Nearly 40 products in the range of food, textiles, spices, horticultural produce of the State have been conferred Geographical Indication tag, with Mysuru too having a place in the distinguished list. The most recent tag, namely India’s cleanest city, enjoyed by Mysuru for two consecutive years (2014-15 and 2015-16) before getting relegated to fifth rank among about 4,000 cities included in the country wide survey, has triggered action by the civic authorities to have the city’s name at the top of the victory stand. The description of Mysuru as the city of Palaces, with the imposing Amba Vilas Palace as the star among the structures constructed during the rule of the Wadiyars, luring more tourists than even Taj Mahal, one of the seven wonders of the world, may ultimately remain intact unlike the other aforementioned tags of the city’s identity.

The ancient expression cleanliness is next to godliness, with the message that being clean is the means to keep ourselves physically and mentally clean, is not heard or cited very often in our times. God-centric activities have witnessed features of trade and commerce and cleanliness has been threatened mostly due to pressure on space and resources such as water exerted by rising density of urban populations.

The unprecedented initiative taken by the Union Ministry of Urban Development to conduct yearly surveys to assess the level of cleanliness in the country’s cities and identify the cleanest city by ranking them seems to be the legitimate baby of the Swachh Bharat Abhiyan launched by the Country’s Prime Minister on October 2, 2014. His words that a clean India would be the best tribute India could pay to Mahatma Gandhi on his 150th birth anniversary in 2019 don’t seem to have made the impact on the minds of the land’s people to desirable extent, given the steadily rising mass of garbage in urban spaces that civic bodies, including Mysuru’s City Corporation, strewn all over. In short, cleanliness in Urban environs is more talked about than achieved.

The scene of door-to-door daily collection of domestic waste in Mysuru, apart from overflowing waste bins at many locations across the city, threatening the health of young men and women on the job is taken for granted. Not empathising with the city’s civic staff on garbage clearance work doesn’t see Mysureans in good light. Chasing the cleanest city tag has tended to be a mockery of cleanliness itself.