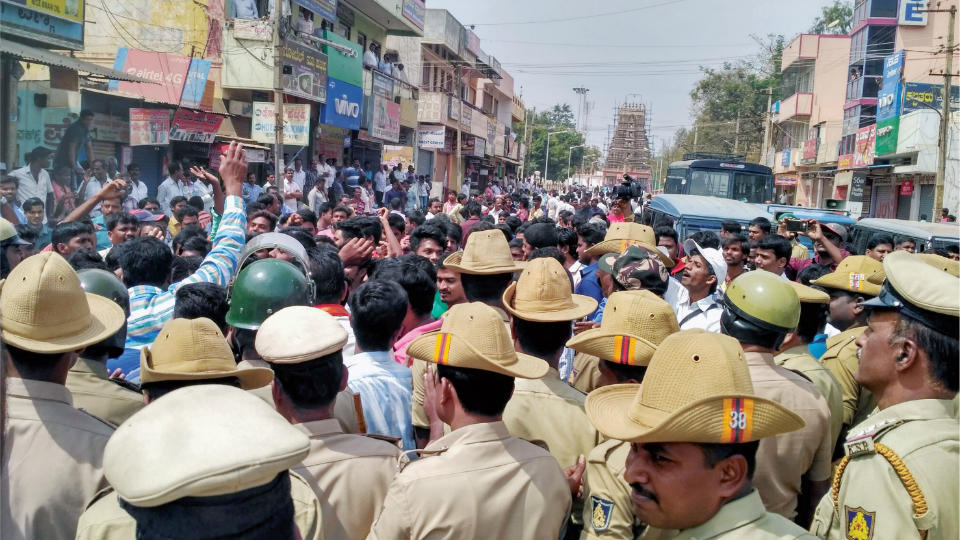 The bandh call given by Sri Chamarajeshwara Bhakta Mandali and several other organisations today condemning the incident of setting the ‘Dodda Ratha’ (car) of the famous Chamarajeshwara Temple on fire by a group of unidentified persons late on Saturday night, evoked good response with shops, commercial establishments, petrol bunks and other business offices  remaining closed.

Although public offices, banks and other Government establishments functioned as usual, there was thin attendance.

However, KSRTC and private buses plied as usual, in spite of few passengers. A huge rally was taken out in the main thoroughfares of the town as a mark of protest against the incident. The district head quarters wore a deserted look.

DC B. Ramu, who visited Chamarajeshwara Temple, inspected the Ratha which was set on fire.

Meanwhile, CM Siddharamaiah, condemning the incident, has tweeted that he has directed the authorities to bring the culprits to book and to ensure that such incidents do not occur again.