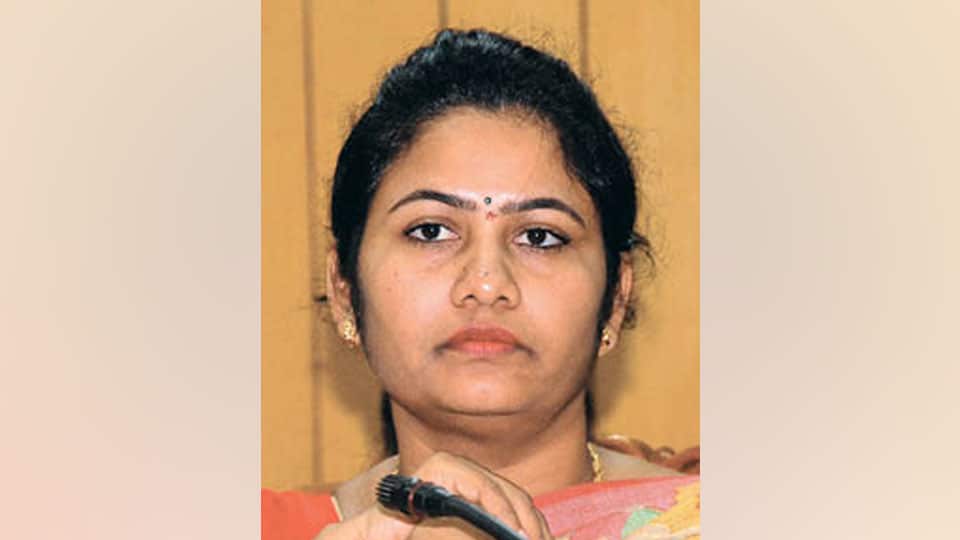 Chamarajanagar:  The newly-appointed Chamarajanagar Zilla Panchayat (ZP) CEO C. Sathyabhama was transferred within hours after she took charge on Wednesday.

Following the transfer of Dr. K. Harish Kumar, who was posted as Uttara Kannada DC a few days ago, Sathyabhama, who was serving as Chikkamagalur ZP CEO, was posted as Chamarajanagar ZP CEO.

Following her new posting, Sathyabhama took charge as the new ZP CEO yesterday morning and even met Chamarajanagar DC B.B. Cauvery at her office and introduced herself. Later Sathyabhama returned to Office and got going on her work, when in a surprising development, she was transferred yesterday evening, without assigning her any new posting.

It may be mentioned here that Sathyabhama had earlier served as an Assistant Commissioner in Chamarajanagar and as such she was quite familiar with the district.