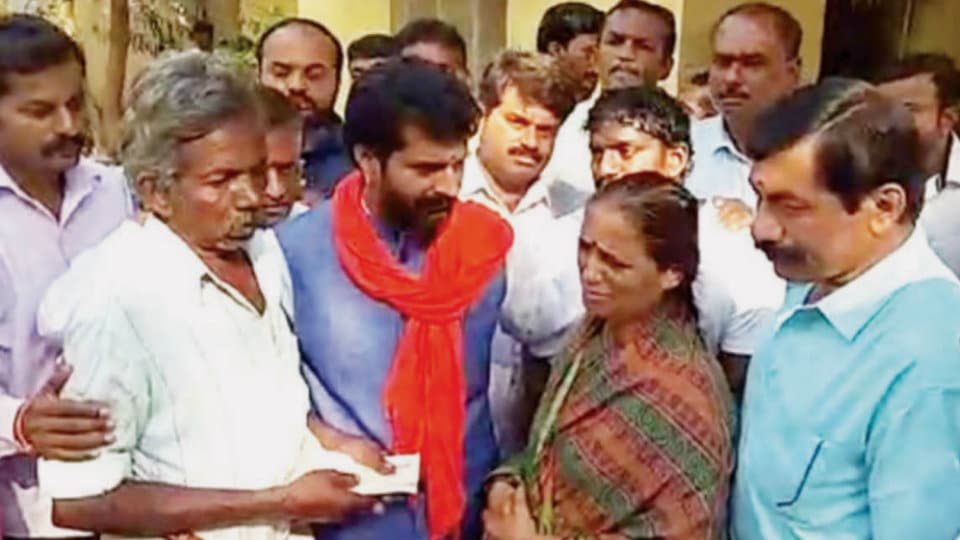 Mandya: Chikkamagaluru BJP MLA C.T. Ravi, who was in a soup after his car rammed into two cars parked by the roadside near Urkenahalli Gate on NH-75 in Kunigal taluk in the wee hours of Feb.19, in which two youths were killed, held conciliatory talks with the family members of the accident victims at Mandya on Wednesday.

The talks were held at the official residence of Mandya Additional SP A.R. Balaramegowda.

The ASP, also a relative of the deceased youths — Shashikumar and Sunil Gowda of Kanakapura taluk — had organised the meeting between the MLA and the family members of the accident victims.

During the meeting, the family members of the two deceased youths expressed anger against the MLA for not attending to the victims soon after the mishap.

Later another round of talks was held, in which the MLA presented Rs.2.50 lakh each to the kin of the deceased and also promised to meet the medical expenses of others injured in the accident.

MLA Ravi, speaking to press persons, said that he could not extend support to the family members of the deceased immediately as he was under treatment.

Stating that Mandya ASP Balaramegowda contacted him soon after the accident, Ravi maintained that he has not exerted pressure on the family members of the deceased youths to withdraw the case.