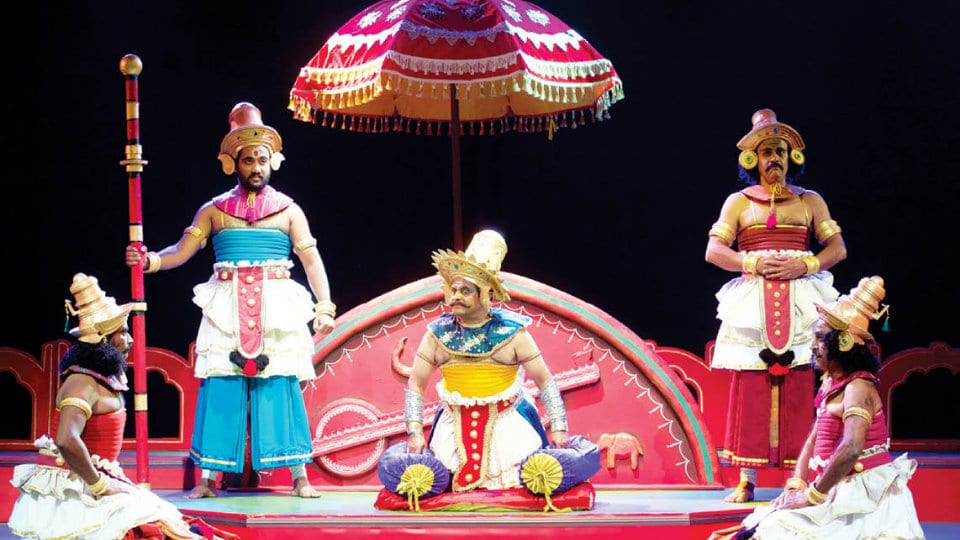 Addressing a press conference at Rangayana here yesterday, he said that the first show was held on Nov.15 and so far 30 shows have been staged in 18 districts of the State where there has been an excellent response. Inspired by the response, Rangayana has planned to stage 20 shows in the second phase.

In the second phase, eight shows will be staged in Mysuru on Mar. 5 and 7 and again on Apr. 9, 12, 14, 17, 19 and on Apr.21 the 50th show will be staged, all at Bhoomigeetha in Rangayana premises from 6pm. On this day not only literary giants in the field but also Kuvempu’s daughter Tarini and son-in-law Prof. Chidananda Gowda, former VC of Kuvempu University will be invited, he said.

However, the first show in the second phase will begin with the play being staged at Bapuji Sabhangana in Davangere on Mar.2, in association with the local theatre groups, said Mallikarjunaswamy. In all, 20 shows will be staged in the second phase including eight in Mysuru. The other places where it will be staged apart from Davangere are at Kukke Subramanya, Mudradi, Udupi, Mangaluru, Ramnagara, Hunsur, Bengaluru, Gowribidanur, Channapatna and Mallathahalli (Bengaluru), he said.

Rangayana Director Bhagirathi Bai Kadam said that the response to Ramayana Darshanam was beyond expectations and hence they had decided on the second phase where nearly 45 artistes will be part of the play.

READ ALSO  Chinnara Mela off to a good start

Even in a place like Kolar where there is not much encouragement for the plays, it was heartening to see that people came on bullock carts to watch the play, she said.

The tickets for all the eight shows priced at Rs.50 can be booked in advance at Rangayana during office hours.

Senior artiste Jagadish Manevarte said that though there was always good response from the people of old Mysuru region for amateur plays, the same was not seen in North Karnataka where company plays had a bigger demand. However, Ramayana Darshanam was an exception as it attracted huge crowds. In all, over 30,000 people had watched the play in the first phase, he added.

Senior artistes M.S. Geetha, Prashanth Hiremath and Krishnakumar Narnakaje were present at the press meet where the drama’s posters were also released.