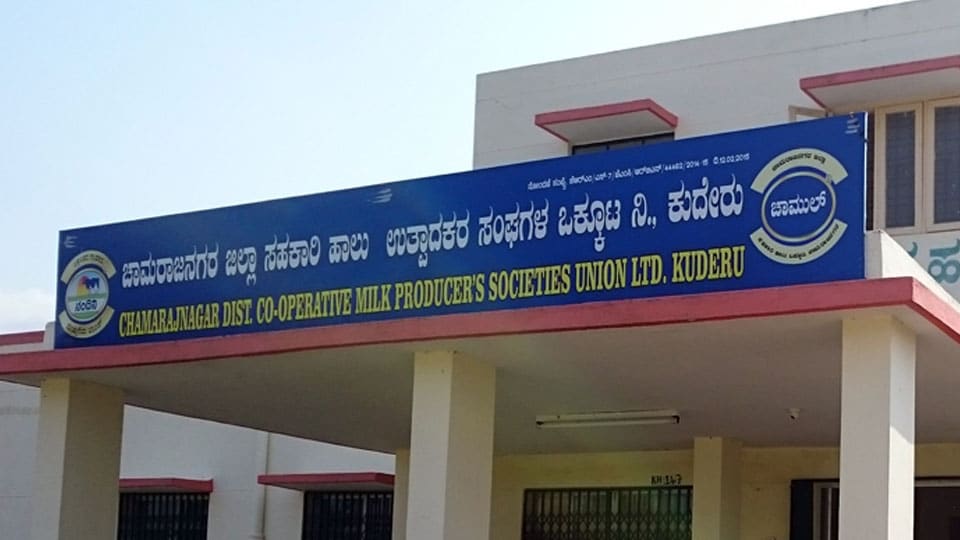 Chamarajanagar: With the announcement of elections for Chamarajanagar District Milk Producers Cooperative Societies Milk Union Ltd. (ChaMUL), scheduled to be held on June 14, there seems to be a stiff competition between the Congress and the BJP to take control of it.

Elections will be held for nine posts of Directors. Of these, two each will be from Chamarajanagar taluk, Gundlupet and Hanur taluks. In addition, one each from Kollegal, Yelandur taluks and another one will be from Women’s associations.

Elections will held on June 14 from 9 am to 5 pm at District Cooperative Milk Producers Association Complex near Kuderu village of Chamarajanagar taluk. Counting of votes and announcement of result will be done on the same day.

The elections for ChaMUL Administrative Board’s eight Directors post was held for the first time in 2017 though ChaMUL came into existence in 2015. The supporters of the Congress party captured power as the Congress was ruling the State then. With the addition of one more seat to Hanur taluk since then, now elections will be held for nine Directors’ post.

The Congress party which is determined to retain power has announced its candidates for all the nine posts of MyMUL election. But the BJP has not yet finalised its list of candidates. Since Congress has announced its candidates, they are contacting the voters and seeking votes in their favour. BJP aspirants are also contacting voters. With just a few days left for the election, the momentum of electioneering is expected to increase once the filing of nomination is completed.

It is mandatory for the Congress party to win at least seven out of nine seats, if it wants to retain power. But BJP needs to win just three seats to capture power at ChaMUL for the first time. This is because the nominated members, who have the right to vote in the ChaMUL President election, usually vote for the party that is ruling the State. Hence, the BJP leaders are hoping to capture power at ChaMUL this time.