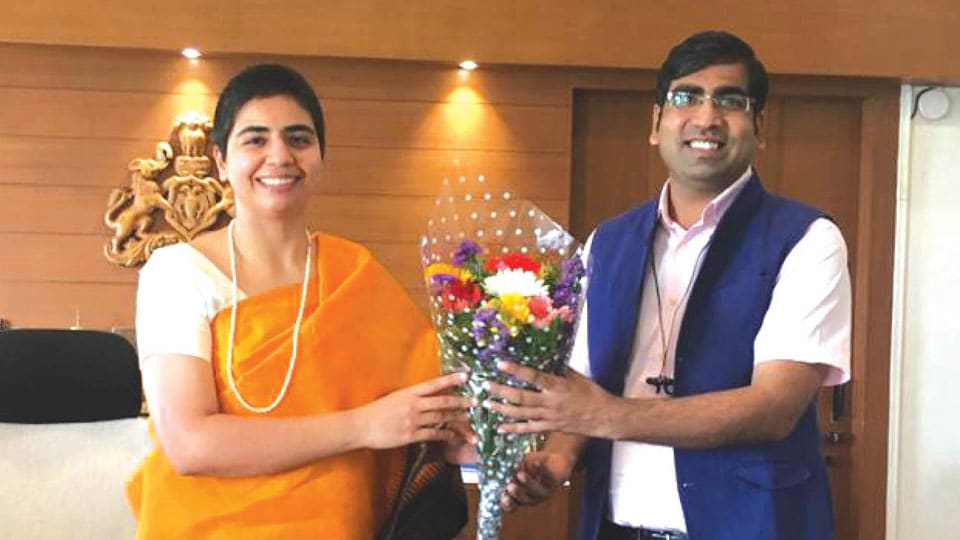 Madikeri: IAS officer Charulata Somal has been appointed as the Deputy Commissioner of Kodagu District. She took charge this morning from Zilla Panchayat CEO Bhanwar Singh Meena who was functioning as in-charge DC.

Charulata replaces previous DC Annies Kanmani Joy, who has left to the United States on a long leave to join her husband. Charulata Somal is a 2012-batch IAS Officer from the Karnataka cadre. Brought up in Mumbai, she did her graduation in Economics Honours from St. Stephen’s College of Delhi University.

Charulata is the first IAS officer to have gone on Antarctica expedition twice in 2016. She had got an opportunity to be a part of the International Antarctic Expedition led by Robert Swan for ‘A Leadership on the Edge Program to the Last Wilderness on Earth.’ Robert Swan is the first person in the history to have walked unsupported to both the South Pole and the North Pole back in the 1980s.

With 140 participants across the globe and themes focusing on sustainability, energy and climate change, the 15-day expedition in March 2016 was an inspiring experience for Somal. Her second chance to go to Antarctica was in November the same year when Swan invited her for an 80 Degrees South Expedition.