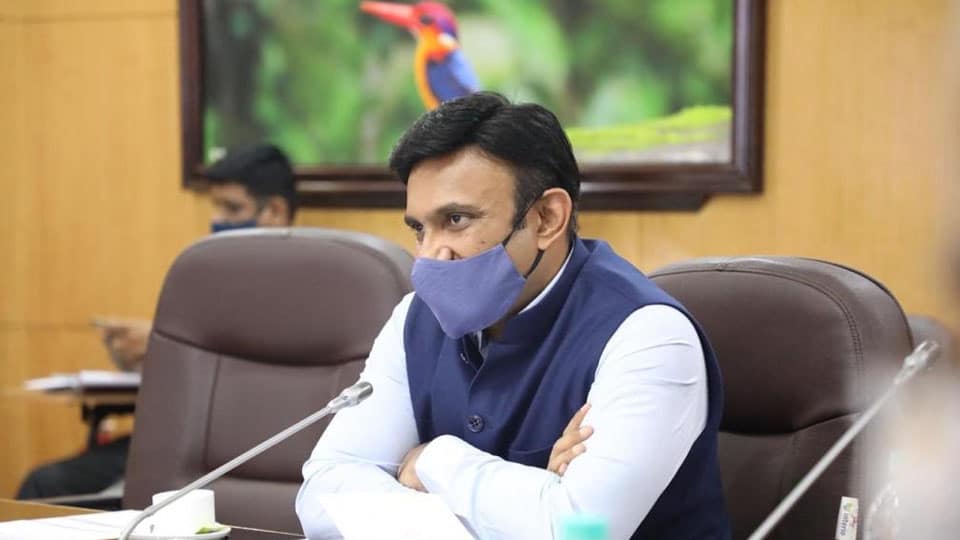 “Having these two portfolios together will be of great help, especially in the wake of scientists predicting second wave of Corona in February. So, it needs a lot of advance planning to check the contagion. The CM will be apprised about it”, he told reporters here yesterday.

The Minister said the pandemic had virtually gone out of control when both these portfolios were handled by two Ministers. Understanding this, Yediyurappa gave him both portfolios with which the COVID-19 situation was brought under control due to planning. With vaccine drive going on in full swing now, it would be better if both Health and Medical Education portfolios remained with one                              Minister, he added.

Inoculated: Dr. Sudhakar said so far, 1,38,656 people had been inoculated in the State of which only a few had mild side effects. Fortunately, there has been no death of any vaccinated health worker anywhere in the State.  While Covishield had been administered to 1,36,882 persons, Covaxin had been given to 1,774 healthcare workers. Among them, hardly 2 to 3.5 per cent of people had mild side effects. Of total 8, 47, 908 people registered for vaccination in the first round,  3,27,201 were Government Healthcare workers and 4,45,389  were Private healthcare staff.  A second consignment of 1,46,240 vials of Covaxin vaccine arrived on Friday. “Some are hesitant to take vaccine due to rumours. But they have failed to understand that the vaccine will protect from the pandemic. Our biggest challenge will be to vaccinate 1.5 crore to 2 crore people of Karnataka in the coming days,” he noted.

Strengthen CM’s hand: “We are honestly working to strengthen the CM’s hand. It was a political suicidal attempt to resign from Congress Party and join BJP. But I won the Chikkaballapur seat with increased vote margin than 2018 Assembly polls. Similarly, Hoskote MLA MTB Nagaraj, who was a Minister in Congress-JD(S) coalition Government, resigned having faith in me. It is my duty to protect the interest of all my colleagues and it is the prerogative of the CM to allocate portfolio. Being a Cabinet member, I am working to bring good name to the Government and the Party. The portfolios should have been allocated by considering experts opinion and the ongoing vaccination drive,” he said.