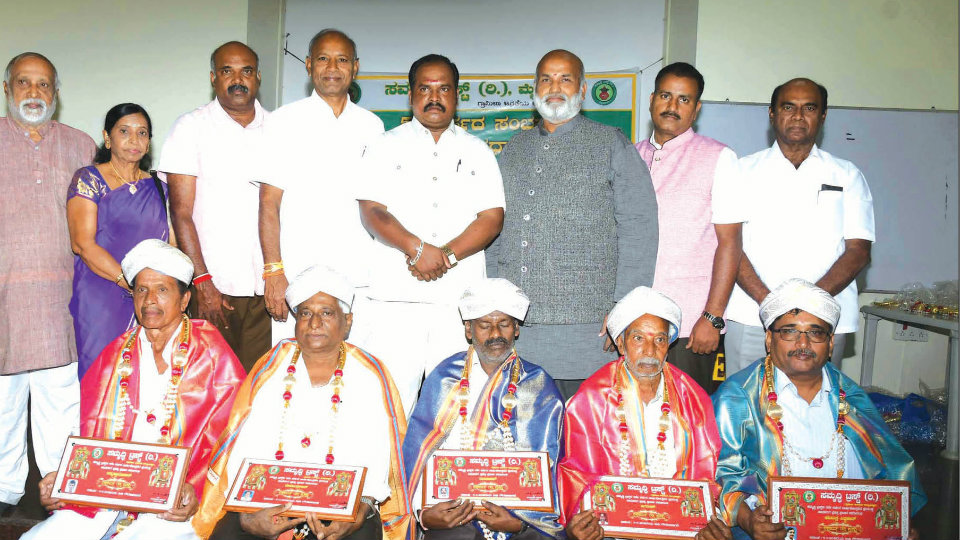 Mysuru: The cheap Chinese goods that are flooding the Indian market is causing huge threat for the cottage industries in the country, said former Minister C.H. Vijayashankar.

He was speaking at the awards ceremony and anniversary function organised by Samridhi Trust at Rotary Auditorium on JLB Road here on Sunday and said that the cottage industries were facing threat to their very existence and if this has to be combated then one has to encourage Indian industries.

“In an agrarian dominated country like India there were more industries based on agriculture and the rural folks were finding jobs in their own villages. However, as time progressed, the cottage industry was taken over by small scale industries, which in turn gave way to medium and large scale industries. In short, almost all industries are in the hold of Multi-National Companies (MNCs). This has resulted in the villagers migrating to towns and cities,” he said.

“Earlier, the cities would grow depending on the villages but due to modernisation, the villagers are embracing urban lives. The MNCs are using water, land and other resources of the country and making huge profits. Coca Cola company is earning Rs.6,000 crore a year and WhatsApp is doing a turnover of Rs.21,000 crore. However, people in our country are still finding it difficult to come out of the economic problems,” he said, expressing his anxiety.