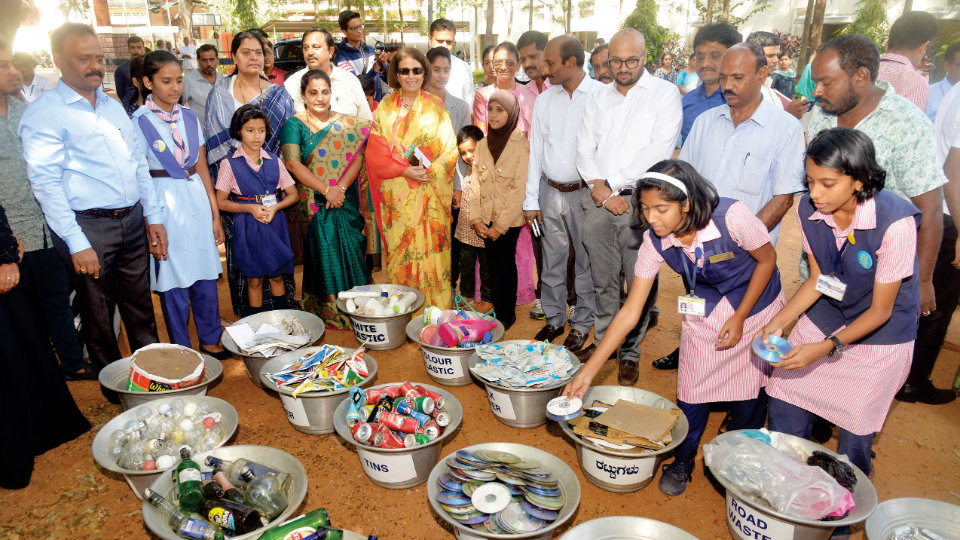 Mysuru: Children’s Day, commemorating the birth anniversary of former Prime Minister late Pandit Jawaharlal Nehru, was celebrated in a meaningful way this morning with children from 500 schools in city creating awareness against plastic usage through ‘Shramdaan.’

The students picked up plastic waste littered around their schools which were later collected by garbage clearing vehicles of MCC.

A street play was enacted by the students followed by a group song. Students of ‘Arivu’ school presented a prog. to promote cloth and paper bags. Pramoda Devi Wadiyar presented prizes to winners of the drawing contest.

An expo was organised to showcase proper segregation of waste, making of products without using plastic. A vehicle with a big LED screen was also stationed beaming informative visuals on ban of plastic.