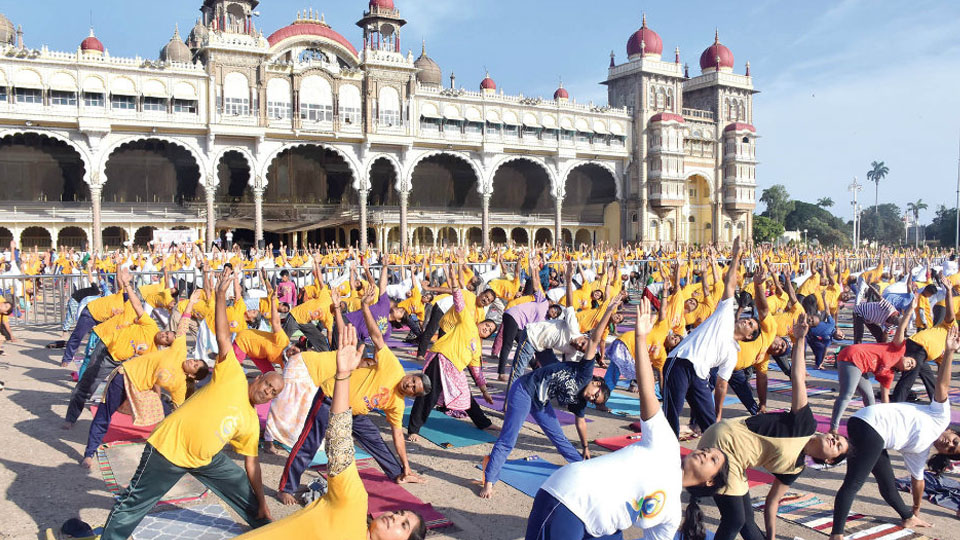 Mysuru: Mysuru will be hosting the two-day International Yoga Conference titled “Yoga for Heart Care”  under the auspices of the Ministry of AYUSH (Ayurveda, Yoga & Naturopathy, Unani, Siddha, Sowa Rigpa and Homoeopathy), Government of India from tomorrow (Nov.15).

Announcing this to media at Patrakartara Bhavan in city yesterday, Vikram Singh, Director, Ministry of AYUSH said that the conference will be held at KSOU  Convocation Hall. Yoga enthusiasts from more than 15 countries and 700 delegates will participate in the two-day meet.

“Fast changing lifestyle, stress, addiction and food habits have contributed to an increase in heart-related ailments. Yoga is an important tool that can work well in the domain of cardiac health and this year the conference is being organised on the theme ‘Yoga for Heart Care’,” he added.

Commissioner of AYUSH Department Meenakshi Negi, who was also present at the press meet said “Over the last four years, New Delhi has hosted International Yoga Conference. Mysuru, being a Yoga Hub of India, has a rich tradition of yoga compared to other cities. As a result, for the first time, the fifth edition of the conference is being held in Mysuru.”

Governor Vajubhai R. Vala will be the chief guest at the valedictory function on Nov.16 at 4 pm.

As a prelude to the International Yoga Conference, a preparatory yoga session was held this morning at Palace premises.

More than 1,800 yoga enthusiasts including around 100 members of Morarji Institute participated in the session guided by experts from Yoga Federation of Mysore.

Yoga Protocol released by Ministry of AYUSH was followed during the practice session which began with invocation followed by seated postures, standing postures, Dhyana, Pranayama, recitation of Shanti Mantra and Shavasana.