Home » News » Chinnara Mela off to a good start 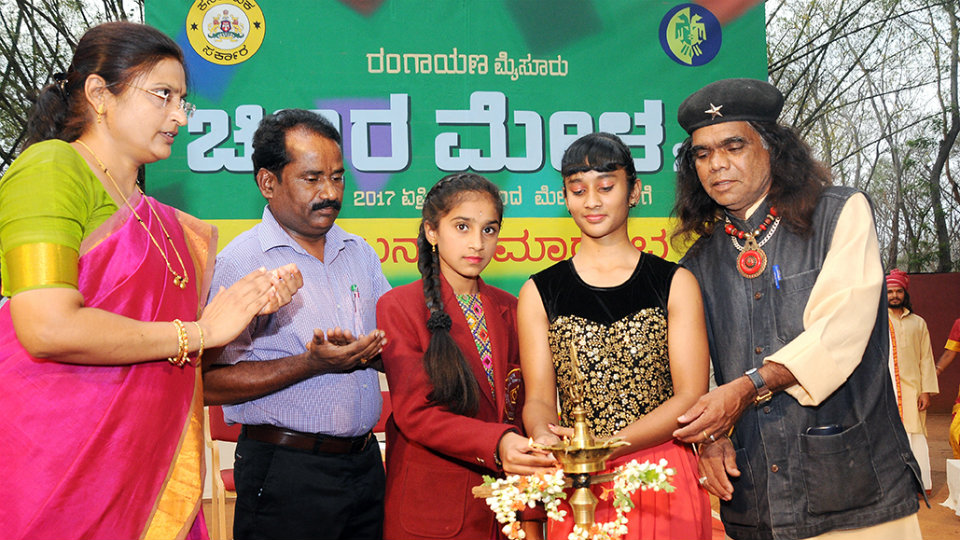 Chinnara Mela off to a good start

Mysuru – The much-awaited month-long Chinnara Mela summer camp organised by Rangayana got off to a good start at Vanaranga last evening with National Bravery Award winner Siya Khode inaugurating the camp by lighting the traditional lamp along with city’s yoga champ H. Kushi.

Siya Khode, a resident of Dajibaanpeth, Hubballi, who received the bravery award for saving her younger brother from being electrocuted, said that such incidents occur suddenly and people, irrespective of them being young or old, must come to the rescue of fellow humans.

Remembering the shocking incident, Siya said that the inci16dent occurred when her younger brother came in contact with a live wire while playing atop the terrace. “When I saw my brother in contact with the live wire the first thing that I did was to pull him through his shirt and save him from being electrocuted,” she said. 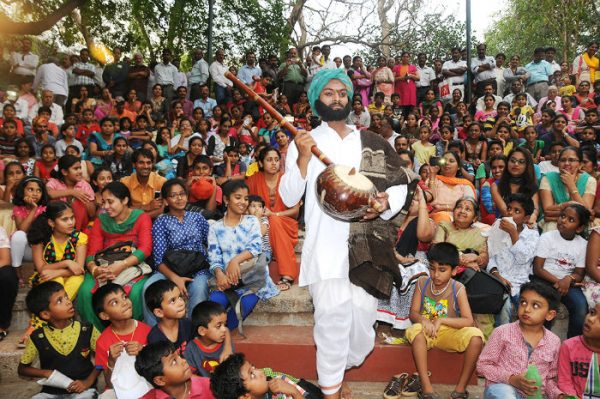 Speaking on the occasion, Rangayana Deputy Director Nirmala Matapathi said that the children were the gift of nature and it was the responsibility of the parents and elders to make sure they retain their innocence throughout.

Rangayana has been organising Chinnara Mela for the past 18 years to provide a platform for children where they can come out of their usual routine like homework and tuition. The month-long camp introduces children to various activities such as theatre, songs, interaction with famous personalities and others, she said.